John Egan is something of an elder statesman in the Republic of Ireland squad these days.

Still only 28, Stephen Kenny's eagerness to flush fresh faces into the set-up has elevated Egan to senior status. It's a responsibility the Sheffield United centre-half is enjoying.

Speaking from Ireland's Spanish training camp ahead of Thursday's friendly against Andorra, he frequently talked up the camaraderie and spirit among the group - with the Corkonian particularly pleased to be joined by so many players from his own county.

There's a Cork quintet of Egan, Caoimhin Kelleher, Conor Hourihane, Adam Idah and new boy Chiedozie Ogbene rubbing shoulders with each other in Girona this week, and Egan has been making them feel right at home.

"We had a few games in training, we'd three teams and one of the teams was a Munster-based one," he laughed.

"There was a lot of Cork faces in it so it’s always good to see a few of your own in and around the squad.

"I know Chiedozie a long time. He came to Brentford when I was there. He's a really good lad, a really good professional, a really good athlete. He always wants to improve. I’m delighted for him that he’s got the opportunity to come into the squad. No doubt he’ll give a really good account of himself. 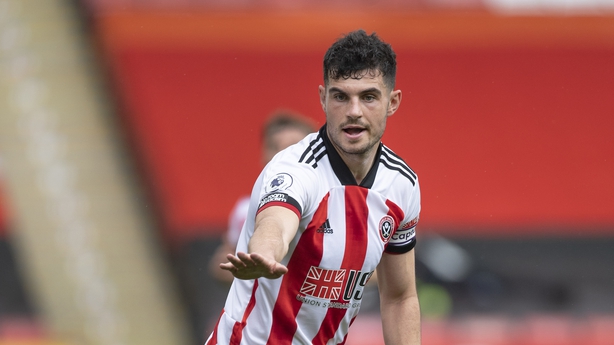 It's been a difficult nine months for Egan. Sheffield United - so impressive on their return to the Premier League in 2019/20 - suffered the drop this term after a miserable campaign, while the defender's Ireland availability was disrupted by bad luck and injury.

Egan was one of five Irish players that had to miss the UEFA Nations League fixtures with Wales and Finland after being deemed to be a close contact of a positive Covid-19 case in the camp.

"It's been tough, to be fair. I played the Slovakia game and then I was a close contact, so it was really hard to miss out on games even though I didn't have Covid. I felt it was just pointless missing out on two caps.

"The following month against England, I got concussed. Then the last time [against Serbia and Luxembourg], I was injured, so I've been unlucky in that sense with Ireland.

"I have not missed too many club games, but with Ireland, I seemed to have missed a good few. It's horrible when you're sitting at home watching the games and wishing that you could be out there and being with the lads in the squad.

"Yes, it's been tough, but it's football. Sometimes things like that happen."

Egan is very much back in the fold for the game against Andorra and subsequent clash with Hungary on Tuesday. Eleven games into his reign, Kenny is still waiting on his first win but this week presents a golden chance to pout that right and begin to build momentum.

"The biggest game we’ve played was probably the Slovakia game and I think that was a really good performance. We should have put that game to bed.

"You could see the way the manager wanted to play and the lads have really taken to it. At the end of the day it’s a results business, we know that. We want to win games, we want to give the country a team that they’re proud to support and proud to watch.

"We’re all hungry and eager to work with the manager and go out there and try to get results for our country. Hopefully we can turn a corner soon and get some momentum by winning games.

"I believe that one win can give you a springboard for getting a few more." 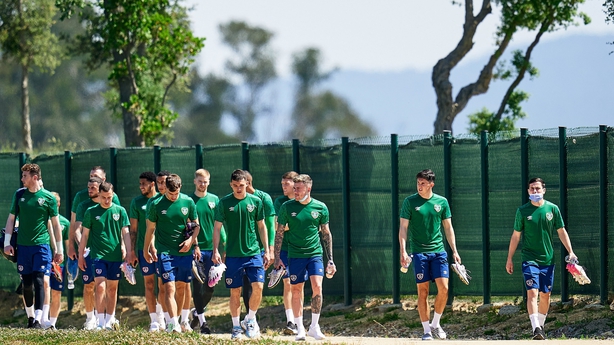 Losses to Serbia and then Luxembourg in a difficult March means Ireland's World Cup qualification bid is already hanging by a thread, particularly with Portugal, Azerbaijan and then the Serbians again to come in a crunch September.

But Egan is refusing to give up the ghost. "It was far from the start we wanted but we're only two games in," he said.

"Anything can happen. We just have to focus on ourselves. You have to keep going no matter what the situation is. It’s going to be tough, there’s no doubt about that. We’re definite outsiders now but all we can do is look to the next game and try to get a result.

"Results haven’t been the best but we’ve always given everything. It’s all about getting a bit of momentum now. A win always brings a feelgood factor into the camp."