Stuart Dallas will wear the captain's armband for Northern Ireland when they face Malta in a friendly in Austria on Sunday.

With regular skipper Steven Davis and vice-captain Jonny Evans not in the squad, Ian Baraclough said the Leeds midfielder was the obvious choice.

"I’ve made him captain for previous games and he’s proven to be a leader in the group, he leads by example," Baraclough said.

"For me it was a natural choice and he’s the right person."

Baraclough had not insisted on his senior players making this trip but Dallas said he had no hesitation in accepting the call despite an intense campaign with Leeds on their return to the Premier League.

"It probably would have been easy (not to come), but that's not what I’m about," he said. "Where we are as a group, I think it’s important as senior players you set an example to the younger players coming in.

"We want to have the right culture and that means turning up to these groups. We’re in a privileged position, it’s a privilege and an honour to be here, and I enjoy coming and meeting up with the boys."

Baraclough will go into Sunday’s game with 22 players available after George Saville joined up with the group and trained on Saturday.

Dan Ballard remains with Blackpool ahead of the League One play-off final against Lincoln while Kyle Lafferty is due to travel on Sunday – coming into contention for Thursday’s friendly against Ukraine.

However, Baraclough said Linfield striker Shayne Lavery – named in the 25-man squad – will remain with the Irish League champions to see the season out.

"You want everybody with you as much as possible but I spoke to Shayne about Linfield and the success he’s had," Baraclough said. "He’s coming to the end of his second season, he’s probably going to leave the club. 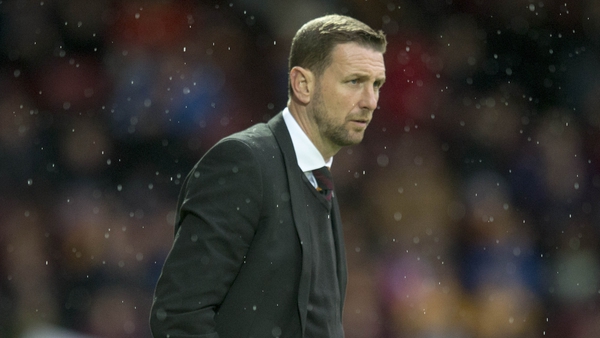 Ian Baraclough: I'm not going to be a clone of Michael O'Neill