Bohemians continued their fine run of form with their fourth win in five games as they cruised past bottom-of-the-table Waterford at Dalymount.

Two goals in four minutes just before half time, courtesy of new Ireland Under-21 call-up Dawson Devoy and Ross Tierney, set the home side on their way to a resounding victory.

Andy Lyons added a third in the final quarter after the Blues had been reduced to ten men as substitute Isaac Tshipamba saw red for a mistimed tackle on Ciaran Kelly.

The scoreline wasn't fully reflective of the home side’s dominance as former Gypsies keeper Brian Murphy pulled off a string of fine saves to keep the margin respectable.

An impressively commanding performance from Bohs who swept past Waterford at Dalymount https://t.co/hw4Qj7j5z8 #RTEsoccer pic.twitter.com/RxFmImTdlK

Bohs had already given warning of their attacking mood in the opening minutes as Ali Coote found space on the right, but his deep cross was just too high for Conor Levingston.

Levingston made perfect connection shortly after as he sent a powerful left-footed volley arrowing toward the corner, only for Murphy to pull off a wonderful save to deny the Wexford native.

Keith Long's side continued to make hay down the right and Lyons picked out Devoy in space, and his cross seemed set to be turned home by Georgie Kelly but Cameron Evans did brilliantly to cover.

Devoy had two efforts from the edge of the box, one saved by Murphy and another inches wide of the target, while a rare Blues chance from a corner routine saw Shane Griffin’s shot blocked.

The visitors couldn’t hang on to the break, however, and another one-touch move saw Lyons in acres of space on the right, and he cut back for the arriving Devoy to sweep home.

Four minutes later, it was 2-0 as Murphy turned over an Anto Breslin free kick. The resulting corner wasn’t cleared, and Rory Feely nodded into the path of Tierney to bury his header. 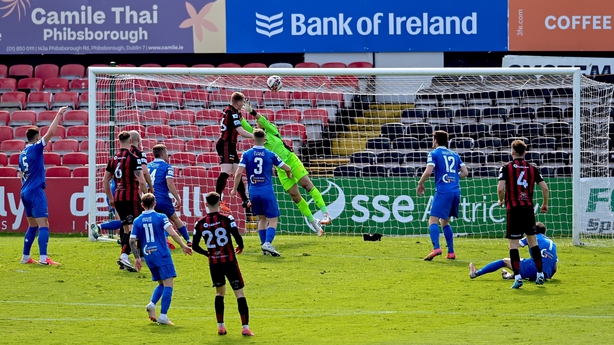 It would have been three before the break but for the intervention of Murphy as he stuck out a long leg to turn away Lyons’ goalbound effort.

Blues boss Marc Bircham made two changes at the break, with Cian Kavanagh and Tshipamba introduced for the yellow-carded Darragh Power and John Martin.

It did little to halt the momentum, though Tshipamba had a great chance following a Rory Feely mistake but, with Shane Griffin better placed, he aimed a tame shot at James Talbot.

The winger saw red shortly afterwards as he collided awkwardly with Ciaran Kelly, leaving the defender in some distress, and the home side took advantage of the numbers to make it 3-0.

The chance appeared to be gone when Georgie Kelly’s lay-off ran away from Liam Burt, but the striker regrouped and played in Lyons to finish well from a tight angle. 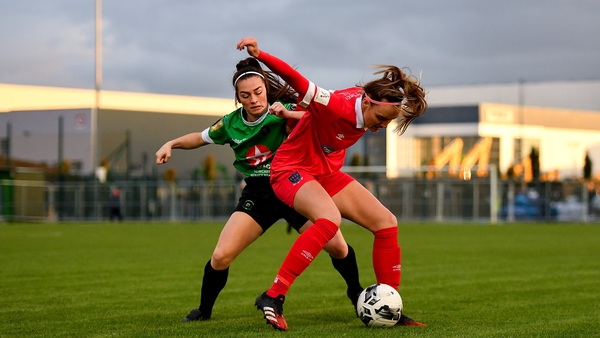 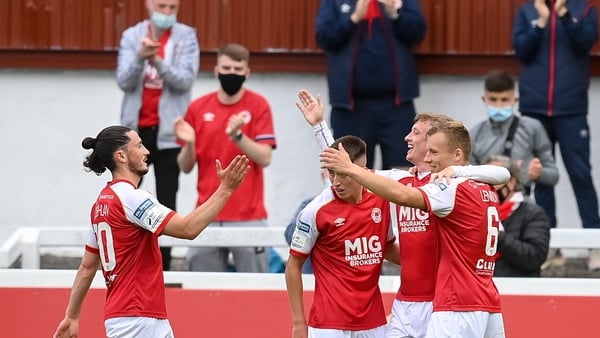 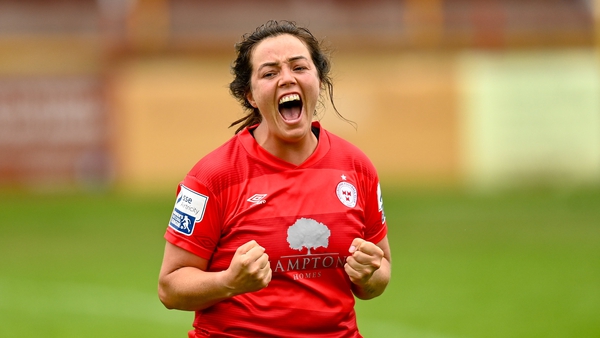 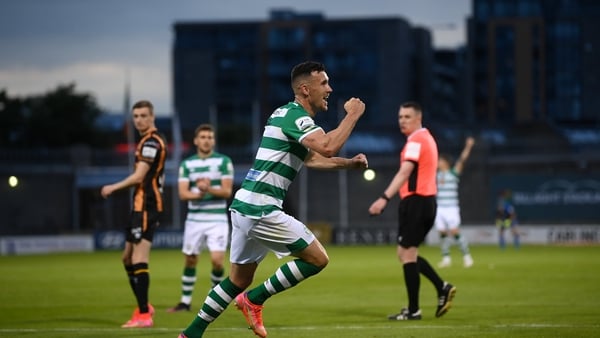 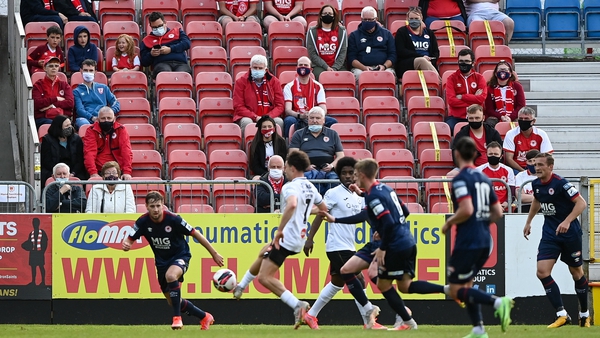