Premier League chief executive Richard Masters has called for a "rebalancing" of European football in the wake of the failed Super League project and UEFA competition reforms pushed through by the continent's big clubs.

The English top flight's so-called 'Big Six' announced themselves as founders of the breakaway league last month, but the competition collapsed within 72 hours after those clubs withdrew amid fan outrage, and pressure from the football authorities and even the British Government.

Even before that, Europe's top clubs had driven the debate on how continental competitions should look from 2024 - pushing for an increase in group-stage matches from six to 10 in a new "Swiss model" format and securing two qualification places based on past performance, a measure which would clearly benefit the traditional giants in the event of a poor domestic season. The Premier League has opposed both those changes, and Masters said at the Club Advisory Platform (CAP) meeting of the European Leagues on Thursday: "We need to look at the governance model within European football because it needs rebalancing in my view.

"It means that in the future when we talk about all of these really important things and solutions we need, is that all the people in this room have a stronger voice.

"So that's leagues, the wider group of clubs, and also fans have a voice in the future. In the future of the game. That seems to me to be what needs to change, and that's the only way you can bring the unity that Aleksander was talking about."

Masters was referring to a video address given to the CAP by UEFA president Aleksander Ceferin.

The Slovenian said: "You can rest assured that UEFA is committed more than ever to supporting the entire football pyramid. We want to maximise passion, not profits. We want to lend a hand, not show a fist.

"All leagues, all clubs and all fans are equally important to holding the pyramid together. The smallest stone of the pyramid is of no less importance than the biggest.

"The big clubs do not become big in isolation. They needed to play all clubs to become victorious and establish their fame. This is the irony of the failed endeavour of the ill-fated Super League. They believed they had to knock out the podium on which they stand." 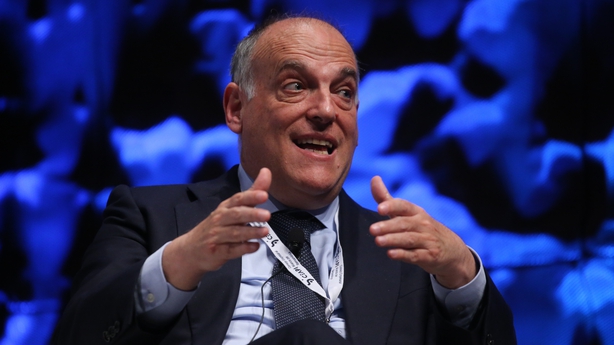 La Liga boss Javier Tebas, pictured above, used the platform to criticise Gianni Infantino, saying the FIFA president should not have hidden any meetings he had with Super League clubs from UEFA and the affected competitions.

The president of the Spanish top flight remains convinced Infantino played a part in the discussions which ultimately led to the foundation of the Super League by 12 clubs last month, and the FIFA boss did not deny speaking to those clubs when asked about it last week, though he did say he had not colluded with them.

Tebas said Infantino's first loyalty should have been to the existing global institutions.

"Of course the president can talk to who he wants, and be with who he wants to talk about whatever. What we're talking about is the football institutions and his loyalty," Tebas told the meeting.

"If he is being shown a format of a Super League - and a closed Super League - as soon as he had finished meeting with those clubs the first thing he should have done was to ring the president of UEFA, and all the leagues that would have been affected by it.

"He shouldn't have kept it secret."

Infantino was asked about his role in the Super League discussions at FIFA Congress last Friday.

He said: "At FIFA it is my responsibility to hear, to meet, to discuss with football stakeholders - our member associations, leagues, our clubs, everyone: big, medium and small.

"To listen to some clubs and to speak with some clubs doesn't mean in any way whatsoever that FIFA was behind, was colluding, was plotting, (on) any Super League project."

Yesterday the three remaining rebel clubs from the aborted European Super League project have hit back after UEFA launched disciplinary proceedings against them.

Barcelona, Real Madrid and Juventus claim the European governing body's actions – which could lead to their expulsion from the Champions League – are "incomprehensible" and risk causing football's "inevitable downfall". 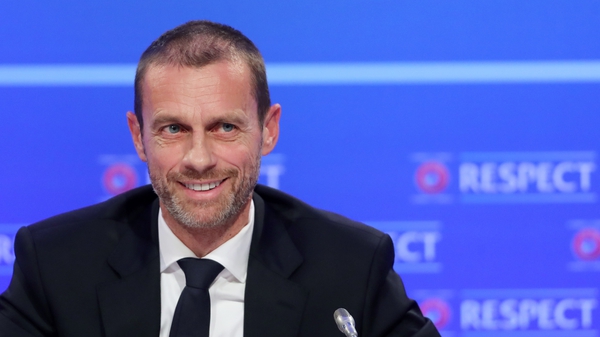