Local mayor Aleksandra Dulkiewicz condemned the attack on a group of between 20 and 30 fans, saying in a statement posted on Facebook that Gdansk was an open city with no place for violence.

"Dear Manchester United and Villareal fans, all guests who came to Gdansk - you are always appreciated here and we cordially welcome you to our city," she added.

Video footage captured fans being targeted at a restaurant in Długi Targ, the city's main square, though it is understood the incident was not between Man United and Villarreal fans, who have provided a harmonious atmosphere so far.

Witnesses said the attackers were heard shouting the name of local football club Lechia. Police said they were analysing video footage and expected to make arrests, while the Manchester Evening News has reported that three United fans suffered injuries as a result of the incident.

Up to 9,500 fans will be allowed into the Gdansk Stadium for the final on Wednesday, with at least 2,000 supporters flying in from both Spain and Britain. 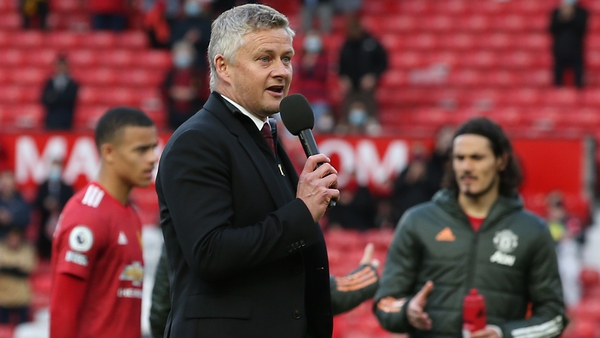