Dundalk's latest defeat has raised questions over what can be done to turn the Lilywhites' fortunes around, with RTÉ Soccer analyst Paul Corry believing there are no obvious solutions to easing the crisis at Oriel Park.

Dundalk were the outstanding club of the last decade in the league but events of the last 12 months has brought about the end of that era.

Qualifying for the Europa League group stages and winning the FAI Cup last year had indicated all was not lost at the Louth club after surrendering their league crown to Shamrock Rovers.

However, the 5-1 hammering by Bohemians yesterday was a fifth defeat in 13 games and leaves a mountain to climb to even qualify for Europe next season. Third-placed St Patrick’s Athletic are 11 points clear of Dundalk already.

Managerial changes, a squad overhaul and more investment has only accelerated the Lilywhites' slide rather than halt it.

Speaking on the RTÉ Soccer Podcast, Corry said: "The players haven't been good enough. It is a bit of a sad story because they have produced for so long. They have produced such a high standard and it just isn't in the legs any more. It doesn't seem like it's going to change any time soon.

"You could write the season off because they are so far away from the top teams. When you write it off, where do you go? Do you start to clear out some of the players that have done so much for the club and start afresh?

"The new recruitment hasn't exactly set the world on fire either. It's a sticky one.

"You can only imagine what the scenes would be if fans were allowed into the ground. In the short-term, it is hard to see it changing because the performances just aren't there on a weekly basis from some of the league's top players." 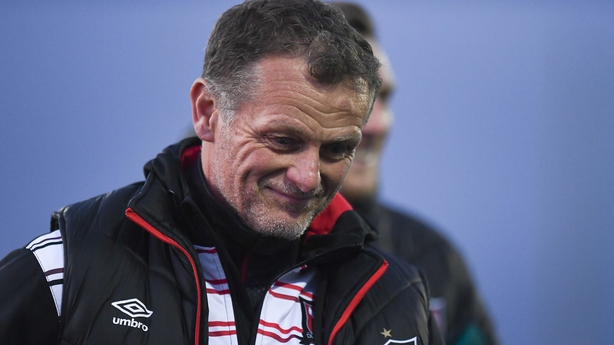 Jim Magilton is tasked with appointing a new manager at the club, while steering the team in an interim capacity.

He has indicated another recruitment drive and opening the exit door for a number of players is now needed after the humiliation in Dalymount Park.

Corry feels that Magilton is just another in the list of coaches who has failed to reignite the Louth side following the departures of Stephen Kenny and Vinny Perth.

He added: "I thought when Magilton went in a few weeks in the temporary role that you might start to see a turnaround.

"I fancied them that if they put a run together they would be the team to challenge Shamrock Rovers. It's not there. It was a really good performance against Shamrock Rovers. Of course they rode their luck but they managed to secure three points.

"Off the back of that you're thinking confidence must be rising within the squad, get another two victories before the break and see if you can get something going. It is just not there at the moment. Magilton has come out now and is speaking about clearouts at the end of the season.

"It is a really hard one to put your finger on. We could sit here and talk about Shane Keegan, Filippo Giovagnoli or Jim Magilton but it rests with the players."