Republic of Ireland internationals Cyrus Christie, Darren Randolph and Adam Idah appeared on Claire Byrne Live on Monday night as part of a special programme to discuss racism in Ireland.

A panel comprised of Irish people from a variety of backgrounds appeared on the show to discuss a wide number of issues around race in this country.

Last year Christie revealed that he'd been racially abused by a child, who had attended Ireland training with a schoolteacher and had been looking for autographs. The Irish players subsequently refused to sign any more autographs.

"Usually after the training session you have people there, you're signing autographs, signing shirts whatever it is for the kids," Christie said when recounting the incident on Tuesday night.

"One of the young kids said, 'why are you here?'. Referring to my skin he said, 'you're not the same colour as us, why are you in Ireland?'.

"You're taken aback when it's a kid. Then you wonder where they get these ideas and sayings from, whether it's coming from their home, their parent or whatever they;re teaching them. The surprising thing was the teacher didn't step in to correct him or rectify the situation. We move on. Hopefully that young kid has got some education.

"I remember it being said but in the moment of time with everything that had gone on I wasn't too focused on what had been said. James McClean brought it to everyone's attention when he mentioned it at an awards ceremony he was at. It kind of blew up and went from there."

Reflecting on a later investigation into an incident on social media, Christie added: "I already knew nothing was going to happen anyway. I'd been through it before. Not much gets done. People don't say much. They all seem enthusiastic to change it and make something happen but I think it was more just to look like they were doing something rather than to actually make a change and help, to put the situation first even though all the evidence was in front of them."

"For the most part life was normal," he said. "When the odd thing is said you're reminded of your skin colour and are made to feel different. or separate to everyone else. It was mostly from kids my own age. There was a couple of times where there'd have been parent that would have said something. Looking back on it now it would have been more ignorant comments than hurtful or things directed at me.

"There was a few times where people would come up to me after a particular game, when everything was finished, and say 'aw sorry it was only to try and get under your skin', wanting to be friends and acting like everything was normal afterward. In the back of my mind I'd hold on to what was said and who said it.

"I've learned to build a thick skin for stuff over the years. Racism now, it's all over social media. I don't see too many racist comments on my social media anymore but the ones I do catch... the club want us to screenshot them and make them aware so they can relay the abuse back to the people at the top.

"Now, when I'm back in the country - [compared to] when I was growing up - there's a lot more races and ethnicities around the country, not just Dublin I'm very positive about things going forward. 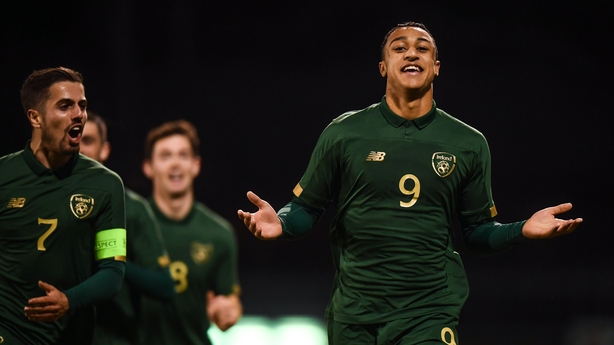 Twenty-year-old Norwich striker Idah said he considers himself "fortunate" not to endure the sort of racist abuse friends and colleagues do, but highlighted the damage such online remarks can do.

"Ever since I started playing football I think it helped me a lot," said the Corkman.

"I think in every sport I did I was probably one of the main players in that sport so I think that helped me a lot. People wanted me on their teams. I never thought, 'they don't want me because of my colour'. I didn't have that issue as a kid.

"But I've seen my friends, other footballers and other people experience it where they get racist comments on Twitter, Facebook, Instagram whatever. It brings people down. It's horrible to see."