Ireland will play Andorra at the Estadi Johan Cruyff in Barcelona on 3 June; while five days later they take on Hungary in Budapest.

The games are part of a nine-day Spanish training camp that Kenny has put significant importance on as he further tries to implement his style.

New faces Mandroiu, Omobamidele, Ogbene and McGrath will be part of that camp as reward for impressive recent form.

Mandroiu has been excellent for the Hoops this term, hitting the ground running in Tallaght since making the move from Dublin rivals Bohs in the off-season. 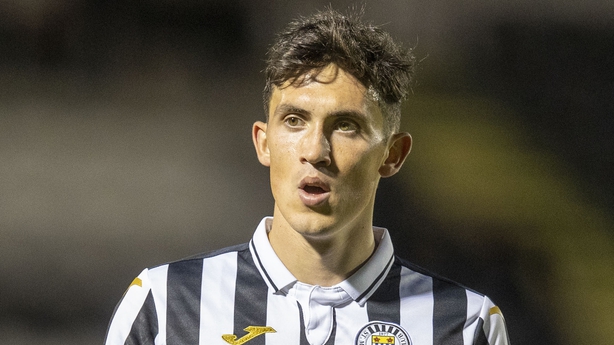 McGrath (above) scored 17 goals from midfield for St Mirren in an outstanding campaign. The 24-year-old went to Scotland from Dundalk in January 2020 and has previously played under Kenny at the Lilywhites.

His current manager Jim Goodwin has already told interested suitors they'd need "a huge sum of money" to prise him away, with Aberdeen reportedly interested.

Omobamidele, still just 18, broke in Daniel Farke's Canaries side in April and hasn't looked back. He's been tremendously impressive for Norwich who returned to the Premier Division at the first time of asking this season.

Former Cork City and Limerick striker Ogbene missed a big chunk of the season with an injury. He suffered relegation with his club but has been given a timely end-of-season boost by Kenny, who is without the likes of Jack Byrne, Enda Stevens, Alan Browne, Kevin Long, Callum O'Dowda, Jeff Hendrick and Robbie Brady due to injury.

"We have a number of players with legitimate injuries, and we've had scans back from the clubs to confirm all that," Kenny said when reflecting on his 27-man panel.

"After a hard season some players, take for example Enda Stevens, has had to have an osteo-pubis injection, or someone like Alan Browne who has had a hip issue that has needed consultations with specialists. So it’s an opportunity.

"We have some very experienced players in the squad, we have some really emerging players who need more training time and more games with the international team, and we have some new faces. We have two games in June and a training week which is a great opportunity, and one I haven’t had since I took over, to train players over a period of time." 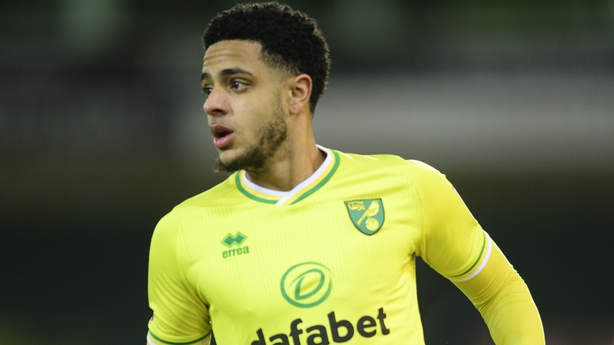 Kenny also assessed the quartet of newcomers, all of whom he's familiar with from his past work in the League of Ireland and with the Ireland U21s.

"Jamie McGrath has been a gradual improver," he said. "He is technically excellent, very good feet, good right and left foot, and works hard. He is a very creative player and a different type of player to the midfield players that we have.

"Andrew Omobamidele (pictured above) has done terrific at Norwich over the last seven games, and he has accelerated into the senior squad more quickly than we anticipated. He is 18 years of age but he has looked extremely composed and athletic. We saw him with the U17 team at the European Championships here, and then with the U19 team. He has gone into the Norwich team and has not looked out of place.

"Danny Mandroiu is in the squad because he has very high technical ability. He is an incredibly creative passer capable of scoring goals from outside the box. He has become a more mature player than he was at Brighton at a young age, he has gone back and played at Bohemian and Shamrock Rovers. He has got himself in a better place physically and mentally, and is a more mature individual. He is still only 22.

"And Chiedozie Ogbene, having gone from Limerick to England, has had a great season with Rotherham in League One. He is a very fast, powerful right winger and we don’t have that type of player in the squad."