The 28-year-old suffered an ankle ligament injury in the 9 May comeback win at Aston Villa when Anwar El Ghazi landed awkwardly on him.

But Solskjaer's positivity about Maguire's availability for the Europa League final in Gdansk has waned, with the United boss now expecting the England international to miss Wednesday's showdown.

"He's walking but it's a long way from walking to running so, to be honest, I don't think we'll see him in Gdansk, no," he said after the defender was pictured walking without crutches on Thursday evening.

"But, as I've said so many times, I'm going to give him until Tuesday night, the last training session, and see if he can try to be out there.

"Steadily but surely he's improving but ligaments they take time to heal." 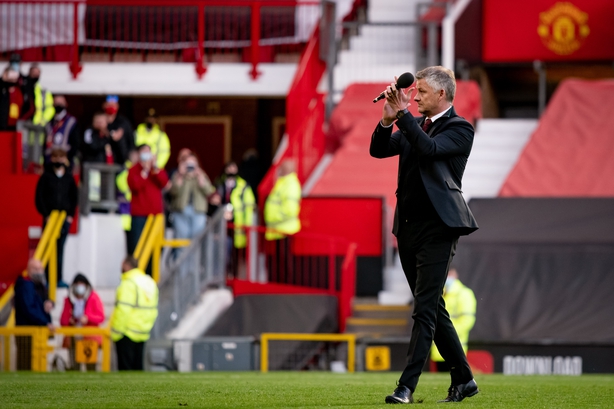 Solskjaer will give Maguire up to the last minute to prove his fitness and expects the defender to play an important role off the field if, as expected, he does not make it.

"He's a very important person in the dressing room and a leader," the United boss said.

"Before the fans came in, I think you all heard him from the stands.

"He does still want the team to do well, of course, he's organising even from the stands, which has been easy because it's been so quiet.

"So, he'll come, he'll be in the dressing room, he'll make sure everyone's ready for the final."