Liverpool manager Jurgen Klopp said it was insane they were now so close to Champions League qualification after the terrible run of form they had at the turn of the year seemed to have scuppered their chances.

A 3-0 win at Burnley courtesy of goals from Roberto Firmino, a career first for back-up central defender Nat Phillips and Alex Oxlade-Chamberlain's first of the season lifted the Reds back into the top four for the first time since February.

They are ahead of Leicester by virtue of a goal difference which is four better and third is still up for grabs if Chelsea, a point ahead, stumble at Aston Villa and they beat Crystal Palace.

It is an impressive comeback from two months ago when, for a time, any European football looked beyond them. 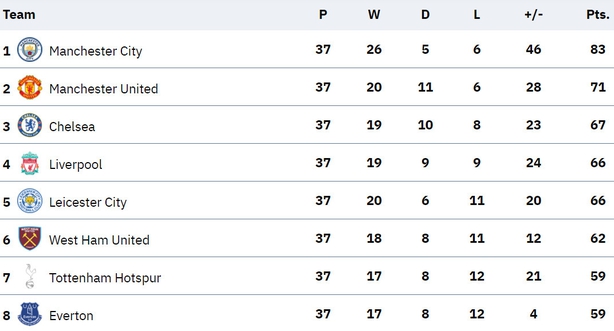 "I couldn't be more pleased. It is not that we took these things for granted," he said.

"February was the last time we were in the top four and we didn't win a lot of games since then. In the last eight or 10 games, I don't know how many, we are back on track.

"If we win on Sunday then we are probably qualified for the Champions League.

"It's insane that we came this close but we are not through yet. It looks like the timing is right but it is not done yet.

"When you win the semi-final you go to a final and that's where we are. We will give our absolute everything." 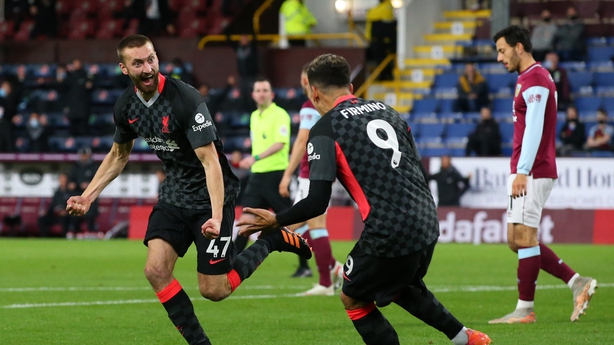 It was far from the classiest performance but at this stage of the season getting a fourth successive victory - the first time it has happened this campaign - was all that mattered.

"Really mature performance. It was not a world-class start; at the beginning we were nervous with our passing," he added.

"But after 15 minutes we found our feet back and we played some really good football.

"We missed the two biggest chances of the game at the beginning but we scored a wonderful goal, the second goal from Nat was outstanding skill from Sadio and a great header and the third goal was Oxlade at his best.

"The way Burnley went for our centre-halves with the way they played it is so tricky to defend and the boys did really well. We needed each single performance on the pitch."

"I think there is a little bit of that in it. They are a quality side and are purring at the moment, they did take their chances clinically," he said.

"We matched them pretty well overall, we have created chances, we have had more of the ball than we have had ever against Liverpool.

"But there is a gap: they had three shots on target and scored three."

Dyche also confirmed forward Ashley Barnes - an unused substitute - had been arrested for drink-driving after last week's win over Fulham.

"It is the case and that will be dealt with the powers that be, which is the police of course," he added.

A club statement said they were aware of a "police incident".

"As a club with solid values and a strong community ethos, Burnley FC upholds and expects the highest standards of responsible behaviour from all its players and staff," it added.

"Therefore, while observing the conclusion of legal proceedings, the club will be treating this matter with the utmost seriousness.

"The player will be subject to internal disciplinary procedures as a result."