Leeds turned on the style in the second half as they swept to a 4-0 win over Burnley to strengthen their grip on a top-half place in the Premier League.

After Mateusz Klich gave Marcelo Bielsa's side the lead on the stroke of half-time, Leeds punished Burnley after the break as Jack Harrison added a second before claiming the two assists when Rodrigo came off the bench to score a brace.

It was the sort of stuff which illustrated why Leeds' return to the top flight this season has been so welcomed, and gave them a four-point cushion over 11th-placed Aston Villa before Dean Smith's side head to Crystal Palace on Sunday.

Burnley included three former Leeds players - Chris Wood, Charlie Taylor, and Bailey Peacock-Farrell - in their starting 11, but had little to compare with the flair running through this current side as they struggled to keep up after the break.

Buoyed by Monday's win at Fulham which ensured another season of top-flight football at Turf Moor, Sean Dyche's side began brightly as Dwight McNeil and Matej Vydra threatened. 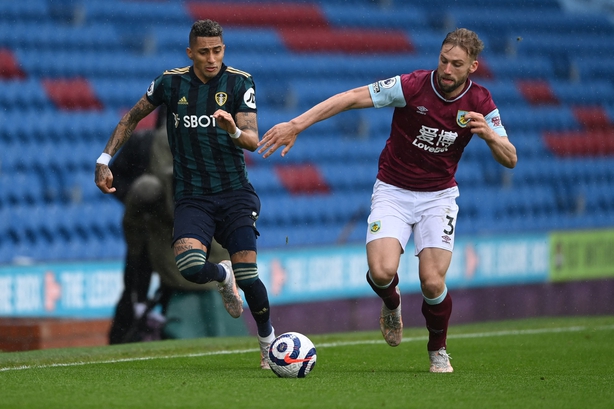 But as Leeds grew into the game there only looked like one winner as Peacock-Farrell - back in the starting line-up due to a knee problem for England's Nick Pope - found himself on the end of another heavy score line.

The Northern Ireland goalkeeper has now conceded 14 times in his four Premier League appearances this season, but he received little help from those in front of him this time.

Leeds had already passed up golden opportunities for Pascal Struijk and Stuart Dallas before getting their first a minute before the break. Klich strode forward on a counter-attack and, when afforded time and space, the Polish midfielder picked his spot and bent the ball inside the post.

Burnley started the second half brightly too, with Ashley Westwood flashing a volley wide after the ball say up invitingly, but they were 2-0 down before the hour mark as Harrison got a touch to flick Ezgjan Alioski's low shot into the net. 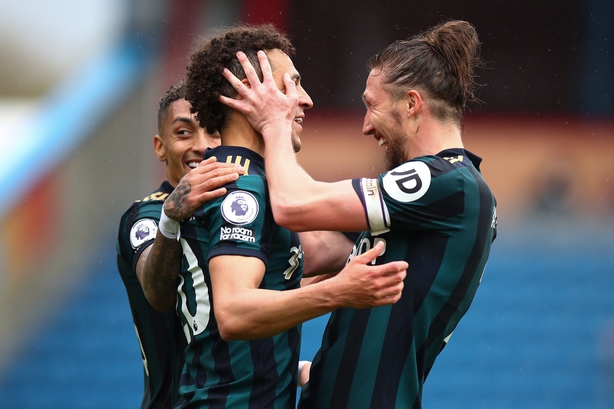 Moments before the goal, Patrick Bamford - he of an ill-fated loan spell to Turf Moor in 2016 - was replaced by Rodrigo, and the Spain forward would go close to a hat-trick.

James Tarkowski had already made one goal-saving challenge to prevent Luke Ayling's cross from reaching the 30-year-old in front of goal before he got his first in the 76th minute.

His first touch from Harrison's pass carried him beyond Tarkowski and Ben Mee before a delightful flick lifted the ball over the advancing Peacock-Farrell.

Burnley were still reeling from that when Leeds carved them open again, Phillips' superb pass finding Harrison who in turn fed Rodrigo, with the forward rounding the goalkeeper before slotting home.

There was one more opportunity for a hat-trick late on but ex-Leeds left-back Taylor, making his 100th Premier League appearance for Burnley, did enough to turn Rodrigo's shot wide - with VAR checking for use of a hand in the process but deciding there should be no penalty.