St Patrick's Athletic suffered another blow to their title aspirations as Drogheda United put them to the sword with two stunning first-half strikes from Dane Massey and Mark Doyle setting them on their way to victory.

If last week’s injury-time defeat to Shamrock Rovers was unfortunate for Pat's, they were second best for most of the encounter at Head In The Game Park.

Jordan Adeyemo sealed the win after teenager Nahum Melvin Lambert had hauled the visitors back into the game late on.

United will finish the weekend in fourth place, as their excellent start of a first Premier Division campaign in four seasons continues.

Neither Tim Clancy or Stephen O'Donnell decided to make changes for the game, sticking with the sides that faced Waterford and Rovers last weekend. There were conflicting fortunes for the sides, with the Drogs hitting seven past a Covid-afflicted Waterford.

It took Danny Mandriou’s 92nd minute winner to inflict a first defeat of the season on Pats. After this loss, they risk losing sight of their table-topping rivals soon enough.

A last-gasp goal of their own had secured Pat's the victory in this side’s reverse fixture on matchday two. Scottish winger Billy King broke Drogheda hearts that day and they had revenge of their own in their sights.

Saints' rather patchy away form, they had won just three of their last ten on the road, would have given Drogheda hope that their latest encounter with one of the teams towards the top of the division ended as something more than a hard luck story.

Daniel O’Reilly headed wide from a Jake Hyland free-kick in an even opening period that saw few chances of note created by either side.

Despite some sprightly passing sequences from Pat's, their threat to the Drogheda goal was minimal in a first half where the home team continually looked dangerous on their forays forward.

Jamie Lennon was booked by referee Paul McLaughlin for scything down Chris Lyons 30 yards from goal.

Following his two-goal display at the RSC, Massey took on the responsibility and curled an unstoppable free-kick into the top left-hand corner and beyond the despairing dive of Vitezslav Jaros.

If O’Donnell hoped the goal would spring his team into life, he would have been disappointed by his side's flat reaction to going behind. With Drogheda retaining their four at the back from last Saturday, he started with Matty Smith and Ronan Coughlan up front.

He soon switched back to a more recognisable 4-2-3-1, but it made little difference. They offered virtually no threat in the first half, certainly not before Drogheda’s excellent second.

Doyle picked the ball up on the left and turned inside onto his right foot. He danced past two challenges, with a fortunate bounce of the ball en route, before feigning to shoot once and then sending a rising shot into the roof of the net. Again, Jaros was helpless to keep it out.

It was only after Doyle’s second that Pat's took a real threat to their hosts. From a corner, Gary Deegan blocked Sam Bone’s on-target shot. It was too little too late at the end of the first half.

The visitors stepped it up significantly after the break, which considering the opening 45 minutes, wasn’t a mammoth task. Bone had a header easily claimed by David Odumosu while the goalkeeper grabbed King’s shot at the second attempt.

Matty Smith drove a shot just wide when he should have tested the young stopper and Chris Forrester sent a free-kick over. Just three minutes after his introduction, Melvin Lambert halved the deficit.

The Reading loanee scored his first goal in senior football when fellow sub Ben McCormack headed King’s deep cross into his path. He smartly turned and fired low past Odumosu. Just like in the first half, it was little consolation for Pat's.

Adeyemo’s first Premier Division goal, a cool finish after Pat's ceded possession in their own half, came two minutes from time. 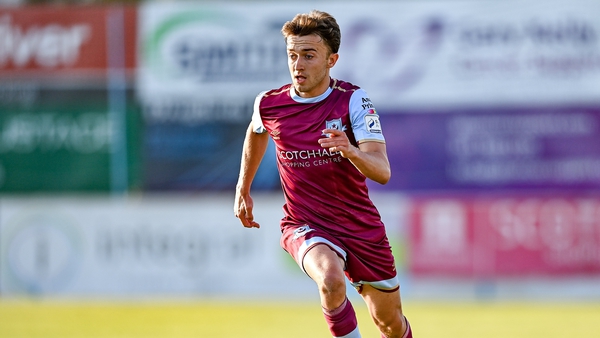 Drogheda come from behind to sink Harps 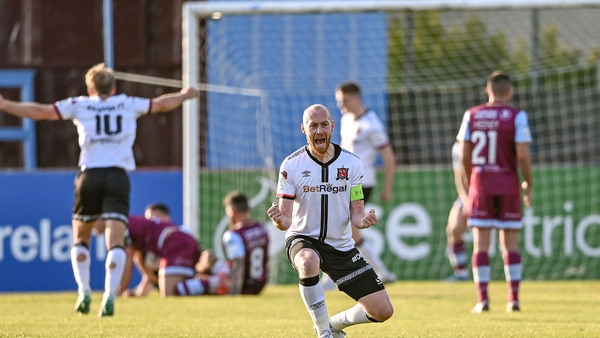 Duffy goal enough as Dundalk get the better of Drogs 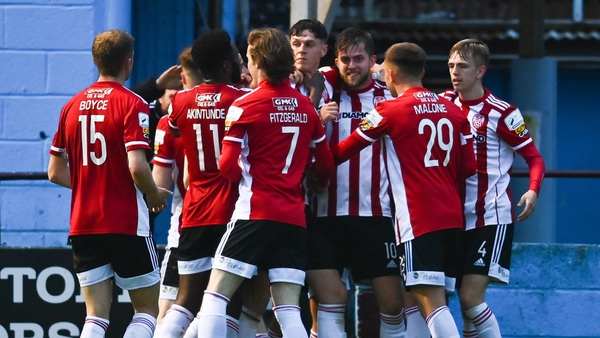 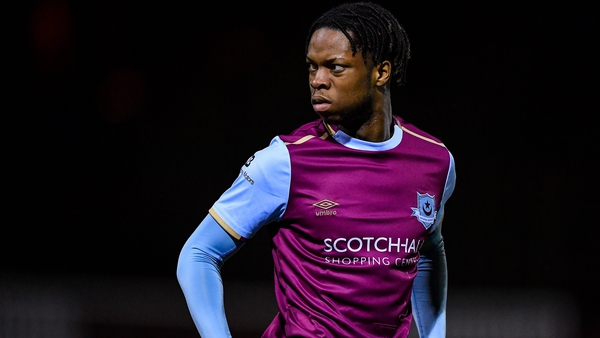