Liverpool's squad arrived safely at Old Trafford stadium for this evening's Premier League clash as home fans protesting against the club's owners attempted to disrupt the game for a second time in 10 days.

Sky Sports posted a video on Twitter showing players and officials arriving at the stadium for the match, even as fans let off flares outside the venue in a largely peaceful protest.

British media reported a Liverpool team bus had been blocked off on its way to Old Trafford by the protesters who deflated its tyres, although that vehicle was not transporting coach Jurgen Klopp and his players to the stadium.

Greater Manchester Police said in a statement: "We are aware of a protest currently taking place outside Old Trafford football stadium, with a small number of people seemingly intent on disrupting the fixture.

"Officers are in attendance to maintain safety while facilitating the right to peaceful protest. Two arrests have been made relating to public order offences." 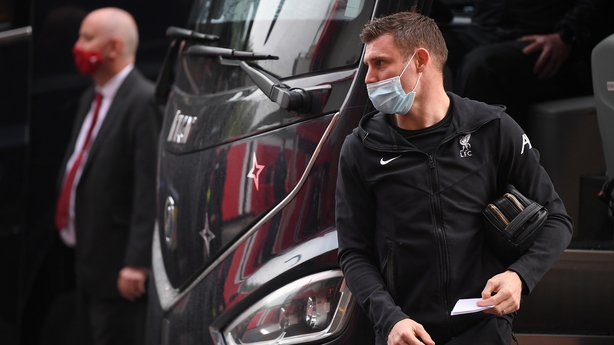 The fixture was originally scheduled to be played on 3 May but was postponed after violent clashes between fans and police in which more than 100 supporters forced their way into the stadium and stormed the pitch to protest against the club's owners, the Glazer family.

To avoid a repeat, several United players were pictured arriving at Old Trafford six hours before kick-off on Thursday. The squad traditionally travel to home games together after meeting at the Lowry Hotel.

United's home game against Leicester City on Tuesday went ahead without incident after a heavy police and security presence along with a "ring of steel" set of barriers around the Old Trafford venue ensured no access to fans, who are barred from the ground due to Covid-19 restrictions.

As part of the protests which stopped the Liverpool game from taking place, fans blocked the exit of the Manchester hotel that is regularly used by the club for the players' pre-game meal, meetings and rest. 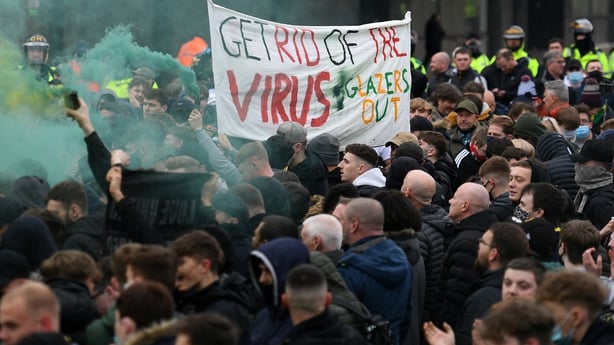 But United broke from their usual routine on Thursday with pictures published on the websites of The Sun newspaper and the Manchester Evening News showing several players arriving early at Old Trafford.

A spokesman for United said the club would not comment on players' activity or timings.

Protests against the Glazer family, who bought United in 2005, reignited after the Americans were involved in a failed attempt to create a breakaway European Super League.

United owner and co-chairman Joel Glazer has promised he will meet with fans groups to discuss their concerns.