Ollie Horgan warned that Bohemians were due to a give a team a tanking and it was Finn Harps on the end of it last week.

The Donegal side were on a high after the derby win over Derry City but were brought back down to earth in Dalymount Park. Horgan will be forced to watch from the stands after being handed a three-game suspension by the FAI Disciplinary Control Unit.

Harps sit in fourth place in a congested table ahead of the visit of crisis-club Dundalk.

Defeat to Sligo Rovers was disappointing enough for supporters. However the manner of how they lose the game was the hardest part as 10-man Sligo were rarely troubled.

After more off-field problems, Jim Magilton brings his team to Donegal knowing they need to turn the tide.

Finn Harps: Ryan Connolly and Conor Barry remain doubts, as are Shane McEleney, Adam Foley and Sean Boyd who are all nursing knocks.

Dundalk: Sonni Nattestad and Sam Stanton are doubtful, while the Lilywhites will be without Brian Gartland, Cameron Dunnigan, Patrick Hoban and David McMillan.

Jim Magilton (Dundalk): "We trained on Wednesday and the players were bang at it. There was a real intensity in their play on Thursday morning but when we step over that white line on Friday night in Ballybofey, we need to show real mettle and character. We need to win the individual battles against Finn Harps because they are going to ask serious questions." 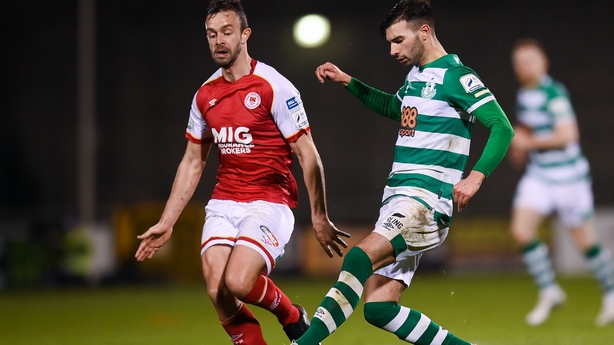 Shamrock Rovers' late winner in Richmond Park was a big blow to St Patrick's Athletic's title hopes and how they respond this week will be fascinating.

The Saints were unbeaten prior to the Hoops game and it was an unfortunate moment in an otherwise tremendous season.

United had an easy weekend as they dismantled the academy team of Waterford FC. With a boosted goal difference and a rested side, they'll give the visitors a difficult game.

Drogheda United: Mark Hughes will miss out, while Hugh Douglas and Dinny Corcoran are in contention to play.

St Patrick’s Athletic: Cian Kelly (foot) remains out while the medical staff will check on a couple of knocks after training today.

Tim Clancy (Drogheda United): 'We were preparing all week for a very tough game against Waterford and then 36 hours before the match we had to take a completely different approach to the game when we heard they were fielding their Under-19s."

Stephen O’Donnell (St Patrick’s Athletic): "It was a very tough game against Drogheda (in March), they've been very competitive, they had a win against Waterford on Saturday and in their previous games, they’ve gone down to Longford and won 4-0, they scored an last-minute equaliser against Bohemians too. They’re very competitive, they’ve a lot of good players and a good manager so we know we will have to be playing at our maximum level to get anything out of the game."