The Ibrox boss said: "I’m delighted to receive the award. I receive it collectively with my staff. I think that goes without saying because we are very much a team here.

"I think we have achieved the success we have this season as a team of staff and I thank all of you guys in the press for voting for me and I certainly cherish the award."

Gerrard admitted he had felt the burden of following past Ibrox managers before winning the title – and stopping Celtic claiming a record 10th consecutive crown.

"I think I said in my first press conference that I got a feeling about this offer," he said. "I felt like there was a connection to be made. 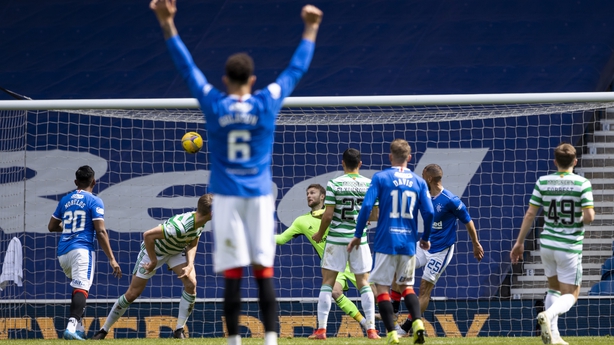 "I had admired the club from afar for many years and I had been up here and sampled the atmosphere and what the supporters were about.

"But also I had the education to know what the institution was about and what it meant to the people and it was an opportunity that I couldn’t turn down.

"Having said that, when I first took the job you do feel the size of the job and the pressure and the responsibility of the role and that is because of the managers who have gone before – Walter (Smith) and Graeme Souness as two recent ones.

"And it is a tough position to be in because you have got to try and follow in their footsteps and try and add to the wonderful success they have had.

"To sit here now having produced a league, and an historic league, is ever so satisfying."

Clarke had been voted among the top four after leading Scotland to their first major tournament in 23 years.

Martindale made the list after winning his first eight games as Livingston boss, not tasting defeat until his 15th, reaching the Betfred Cup final and guiding the club into the top six.

The votes were cast before Davidson followed up his Betfred Cup success by leading St Johnstone into the Scottish Cup final to continue a remarkable debut season in management.