Liverpool forward Sadio Mane admits he is enduring the worst season of his career and was so concerned about his form he even underwent medical tests to check nothing was physically wrong.

A quick glance at the Senegal international's numbers highlights how difficult a campaign it has been: only 13 goals all season, just nine in 32 Premier League matches with his header against Southampton at the weekend only his third league goal at Anfield.

Mane's joint-worst goalscoring season in the top flight saw him get 10 in his first season in English football with Saints in 2014-15 and also his maiden campaign with Liverpool in 2016-17 but on both occasions he made fewer appearances than he currently has.

After two goals in three games Liverpool will hope he can continue that run as they seek to win their final four fixtures in an attempt to sneak into the top four and the player is remaining philosophical.

"This is the worst season of my career. I have to admit it," he told French television channel Canal+.

"If you ask me what is wrong I will struggle to give you an answer. Personally I don't know.

"I have always tried to be positive, whether things are going well or badly. I question myself all the time.

"I even underwent a test to take a look at my body. Am I eating the right foods, or has everything changed? But they checked the test results, and everything is fine.

"I need to understand that in life there are ups and downs. I will keep on working hard - and perhaps in time this situation will pass." 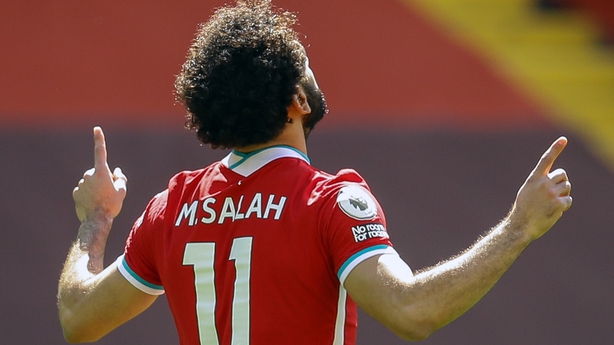 By contrast Mane's team-mate Mohamed Salah has maintained his consistency as remains in the hunt for a third Golden Boot in four years.

The Egypt international has netted 20 Premier League goals, one behind leader Harry Kane, and is on course for his second-best goalscoring campaign behind his record-breaking 32 in 36 matches in his first year at Liverpool in 2017-18.

Salah, who has scored 29 in all competitions, is set to make his 200th appearance for the club in Thursday's trip to Manchester United where he will look to add to the 123 he has scored in his time at Anfield.

"For me, bigger than the achievement of all these decisive goals so far is his everyday presence in our club: his character is special, a true example," assistant manager Pep Lijnders told liverpoolfc.com.

"This club has the capability to turn good players into legends and he is one more of them."

Since arriving in the summer of 2017 Salah has missed just seven of 148 Premier League matches, with one of those due to him isolating with Covid-19 in November, and another of Jurgen Klopp's assistants Peter Krawietz has paid tribute to his professionalism and consistency.

"It always can happen that a striker or an offensive player has an outstanding season and he scores 30 or 35 or 40 goals, but doing this year by year and being at the same time successful with your team, winning trophies, reaching targets and objectives - this is what makes an outstanding player and this is what Mo, of course, did in the last four years," said the assistant manager.

"A lot of players who are quick are getting tired quicker or earlier in the game, or they can't make the same amount of high-intensity runs.

"Not getting injured if you are a player like that, and having the endurance at the same time, this is an outstanding talent Mo has got.

"He is really a role model, especially for the young players. If they see him, how hard he is working in the gym, what he is doing around - it is really exceptional."