Bayern Munich were crowned Bundesliga champions for a ninth successive season on Saturday after a thumping win over Borussia Monchengladbach and defeat for RB Leipzig.

Bayern were 6-0 winners against Monchengladbach, with Robert Lewandowski taking his tally for the season to 51 goals in 44 games for club and country with another hat-trick.

Thomas Muller, Kingsley Coman and Leroy Sane were also on target, with the only negative a red card for Tanguy Nianzou.

Leipzig were the only side who could mathematically have caught Bayern but they fell to a 3-2 defeat against fourth-placed Borussia Dortmund.

Marco Reus and Jadon Sancho put Dortmund two up but Leipzig fought back to equalise through goals from Lukas Klostermann and Dani Olmo only for England starlet Sancho to net an 87th-minute winner.

Wolfsburg stayed in third thanks to a 3-0 victory over Union Berlin, Josip Brekalo scoring a hat-trick, while Werder Bremen secured a valuable point in their fight against relegation with a goalless draw against Bayer Leverkusen.

Hoffenheim defeated relegated Schalke 4-2, scoring all their goals in the opening 20 minutes of the second half after the visitors had gone in at the break 2-0 ahead. 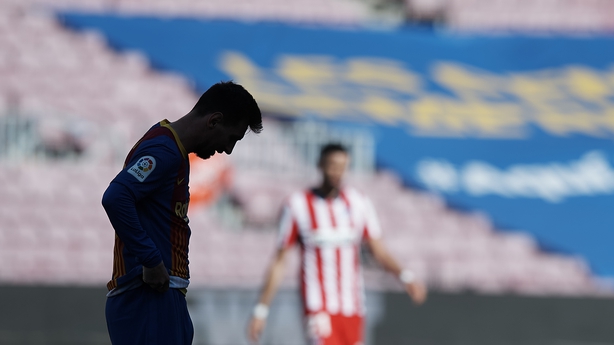 Atletico Madrid maintained their slim advantage over Barcelona at the top of the LaLiga table after the sides drew a blank in Saturday's contest at the Nou Camp.

The hosts would have gone top with a victory but the 0-0 draw means Diego Simeone’s team preserve their two-point lead at the top with three matches remaining.

However, city rivals Real can join them on 77 points if they can win Sunday’s match against fourth-placed Sevilla.

The visitors had the best chances before half-time, with Barca – and Lionel Messi in particular – looking more threatening after the break.

Joselu scored a late equaliser for Alaves in a 2-2 draw against Levante, while Huesca’s survival hopes suffered a blow with a 2-1 defeat by Cadiz, all the goals coming in a frantic end to the first half. 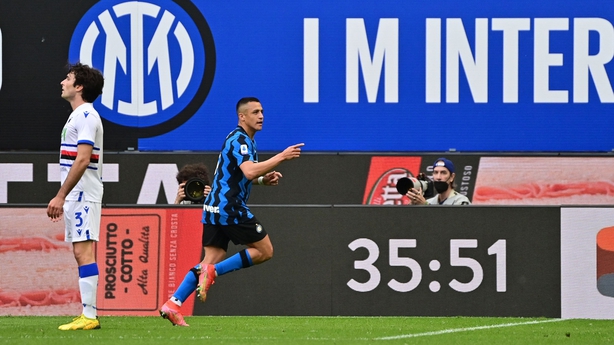 In Serie A, Inter Milan celebrated their title with an emphatic 5-1 victory over Sampdoria. Alexis Sanchez scored twice while Roberto Gagliardini, Andrea Pinamonti and Lautaro Martinez grabbed one apiece.

Napoli moved into second place – a point ahead of Atalanta, Juventus and AC Milan, who all play on Sunday – with a 4-1 victory over Spezia, Victor Osimhen scoring twice.

Midtable duo Udinese and Bologna played out a 1-1 draw. 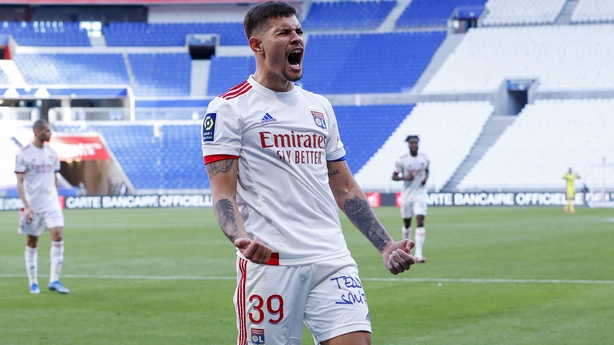 In Ligue 1, third-placed Lyon kept up the pressure on Paris St Germain ahead of them by beating Lorient 4-1. Bruno Guimaraes netted twice, with all the goals coming in the second half.

Lorient in 17th are now only a point ahead of Nantes, who boosted their hopes of survival with a 3-0 victory over Bordeaux.