Unbeaten St Pat's Athletic and Shamrock Rovers meet in a top-of-the-table clash, but will something give by the banks of the Camac.

The Hoops made history on Monday last when going 31 league games unbeaten after another three points against Waterford FC. Pat's, on the other end, left it late to preserve their unbeaten record a few hours later. An 95th-minute Ian Bermingham goal saw them share the spoils at Sligo Rovers.

Two points separate the sides at the summit and even though it's still early in the title race, the hosts will be determined not to let the champions put too much daylight between themselves and the rest.

The sides met each other on the opening evening of the new campaign and shared the points in Tallaght. Roberto Lopes' late own goal from a deflected Robbie Benson cross looked as if it had snatched victory, but Aaron Greene responded 90 seconds later to equalise and ensure that the spoils were shared.

Shamrock Rovers: Neil Farrugia and Aaron Greene picked up knocks against Waterford and may not be available. Sean Kavanagh is still out.

Stephen O'Donnell (Pat's head coach): "We know going in when you play Shamrock Rovers, you are going to have to be at your best or somewhere very close to your best to get something from the game.

Stephen Bradley (Shamrock Rovers manager): Pat's have started really well, they have some really good players that are playing well, so it's going to be a difficult game. They have threats all over the pitch, like you said, two of the unbeaten teams going head-to-head so it has the makings to be a really good game. It's one we're looking forward to.

"If you look at the games and not just the outcome, there's been chances in all our recent games. Sometimes it's a great save or the width of a post from being a couple of goals in the game. I think both teams will approve the game like they always have, and it will be a difficult game, it will be a tight game."

If it was a boxing contest, Bohs would have won clearly on points against Drogheda on the May Bank Holiday. However, they were undone late on and had to settle for a share of the spoils, this after a run three successive defeats.

Harps got back on track with come-from-behind win at Derry, and played some good football in the process. Manager Ollie Horgan is determined to keep a lid on what his side can achieve this season, yet on the evidence of what they've produced so far a relegation scrap looks unlikely come season's end.

Finn Harps: Captain Dave Webster is a doubt fafter suffering a head injury at the Brandywell while it looks like Johnny Dunleavy could also miss the game joining Ryan Connolly, Conor Barry and Shane McEleney on the injured list

Ollie Horgan (Finn Harps manager): "We know ourselves how difficult a place Dalymount is to go. We may have won their last year but it was twenty odd years since the club won at Dalymount before that.

"Bohs haven't hit near the heights they are going to and they will absolutely do damage to someone in the coming weeks. We just have to hope it isn’t us. We’ll need to be on our game or it could be a long night for us in Dublin."

After two of its senior players were deemed close contacts of a confirmed Covid-19 case, Waterford FC have made the decision to stand down their senior team, with the club's Under-19 squad providing the players for Saturday's Premier Division game against Drogheda at the RSC.

Drogheda hung in and took a point off Bohemians the last day. Their mid-table standing is testament to their graft so far.

Waterford FC: Players from U-19 squad will line out. 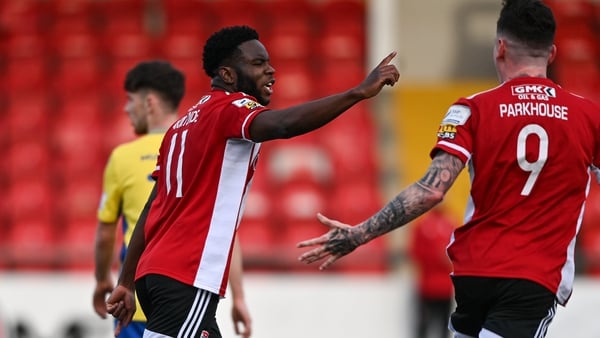