The 23-year-old showed superb skill to nutmeg Andy Boyle before rifling to the net from 25 yards out to ensure Liam Buckley’s men got back to winning ways after two draws and a defeat in their last three outings.

The result – achieved despite losing Garry Buckley to a second bookable offence eight minutes into the second half – leaves them two points off St Patrick’s Athletic in second place and four points behind leaders Shamrock Rovers ahead of the two Dublin sides’ clash at Richmond Park on Saturday.

Perhaps more significantly, however, is the fact it puts them nine points clear of Dundalk, who have now slipped to a first league defeat under interim manager Jim Magilton.

On their worst run of form since 2012 when the side needed a relegation play-off to stay up, the Louth men lacked a real threat throughout.

Even after their opponents had been reduced to 10 men, they struggled to break them down – relying on long punts forward hoping something would break for them. It didn't and the result means they have now lost as many matches as they did in their 2019 title-winning campaign, with two of those defeats coming after the league had been secured.

With any hope of a title challenge now surely up in smoke, it will now be a huge task to even ensure European qualification for next season – something that Magilton described as "the bare minimum" expected of the side on Thursday.

Even if they can turn their form around, they’ll have a job catching a Sligo side who have now bettered them twice – even if they didn’t get the win their efforts deserved at The Showgrounds on the opening night.

Buckley has his side playing good stuff and after this result they can now start looking up the table and dreaming of a possible title push rather than looking in the rear view mirror.

The home side had the first chance of the game when former Bit O'Red player Junior got in on the left only for Ed McGinty to get a hand to his effort before it was hooked clear.

Sligo were unlucky not to take the lead themselves on 10 minutes when Walter Figueira rattled the crossbar with a vicious strike from the edge of the area after the Dundalk rearguard had stood off him.

Dundalk 0-0 Sligo Rovers - Have you ever heard a crossbar rattle like that? Walter Figueira's thunderbolt for Sligo Rovers is denied by the woodwork. pic.twitter.com/cr0hGDZ6Gi

Junior then had another shot straight at McGinty before Han Jeong-woo was also denied by the Republic of Ireland U-21 goalkeeper, who did well to get down at his near post to make the save.

This was Dundalk’s best spell and on 29 minutes they almost had another good opening when Han dispossessed John Mahon before slipping Sean Murray in only for Garry Buckley to get across and block his first-time shot.

The Louth men then had a big let-off on 31 minutes when Peter Cherrie made a big save to deny Johnny Kenny after he had raced from halfway after dispossessing Val Adedokun.

The breakthrough would arrive on 39 minutes when Gibson collected Remeo Parkes’ pass before turning to nutmeg Boyle and then firing past Cherrie to the bottom left hand corner from all of 25 yards.

Lewis Banks then headed over from a corner five minutes after the restart before Daniel Cleary almost put a free-kick into his own net with an overhit ball that went out for a corner.

The home side were then thrown something of a lifeline when Sligo were reduced to 10 men on 53 minutes after Buckley, who had been booked in the first half for a late challenge on Val Adedokun, received a second yellow card for a high boot on Junior.

Substitute Daniel Kelly then had a big chance to level nine minutes later after being teed up to the right of goal by Murray, but he blazed over.

Michael Duffy then glanced a header wide from a Raivis Jurkovskis cross on 69 minutes before the Latvian international drilled another half-chance well over three minutes later.

Wilfried Zahibo then had an effort blocked by Niall Morahan, but it was Figueira who would be next to threaten as his shot from inside his own half almost caught Cherrie out on the 90-minute mark.

Zahibo would have two headers in stoppage time to try and rescue a point for Dundalk but on each occasion McGinty was equal to them as he ensured his side held out for all three points. 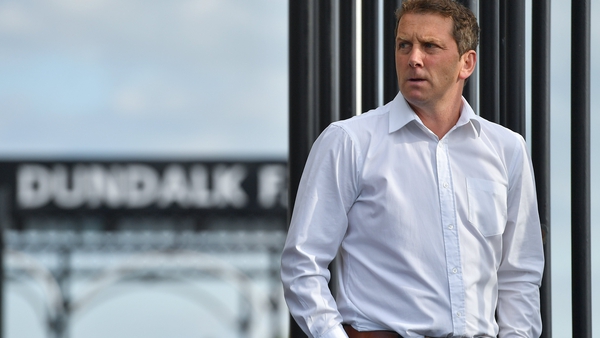 Dundalk held by Longford in Perth's first game back 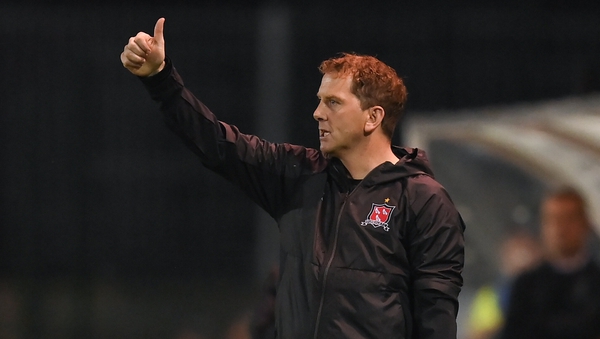 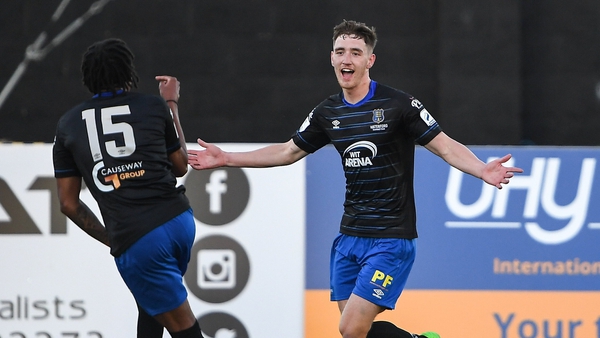 Dundalk stumble to new nadir in loss to Waterford 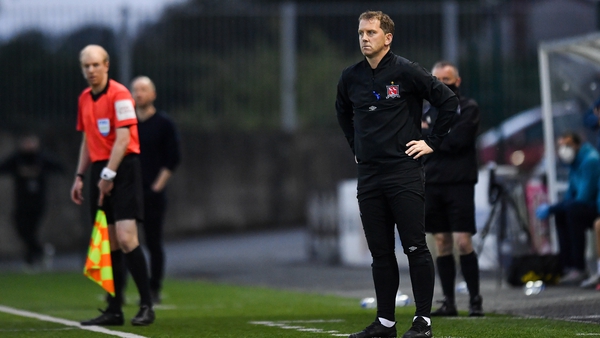 Perth remains in Dundalk frame ahead of budget cuts 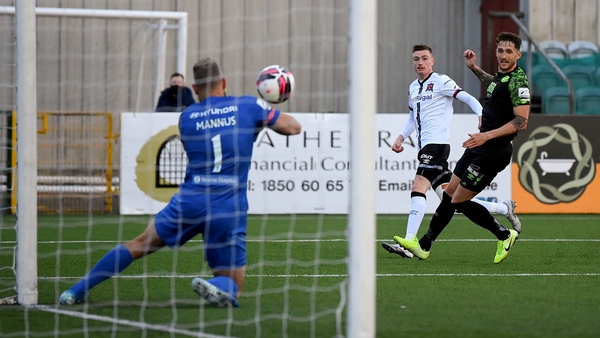