Brendan Rodgers says Leicester have "no concerns" with regard to their trip to Old Trafford next week.

A protest on Sunday by Manchester United fans against the club's owners the Glazer family caused the home match against Liverpool to be postponed.

Events at Old Trafford included supporters invading the stadium and getting on the pitch, while fans also made their frustration known outside the team hotel. Six police officers were injured amid the demonstrations.

United's next scheduled home fixture is against Leicester next Wednesday.

When asked about the potential for further protests that evening and a possible need to boost security around the Leicester squad, Foxes boss Rodgers said: "We've got no concerns.

"Obviously we've seen the protest last weekend. We condemn any violence that was seen on the day, but certainly for the Manchester United supporters there has clearly been a source of frustration for many, many years for them, and they come out to support the team and support their role within that. 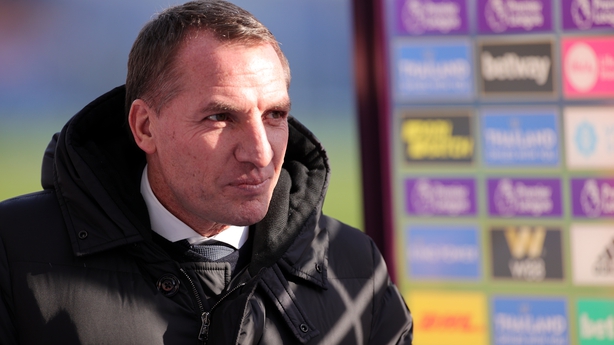 "But for us, going there next week, we've got no concerns whatsoever. We look forward to going there and playing the game."

A number of protests involving fans of 'big six' clubs have taken place since the emergence last month of the controversial European Super League plans, which swiftly collapsed.

On the topic of owners, Rodgers, speaking at a press conference ahead of Friday's trip to Newcastle, described Leicester's, the Srivaddhanaprabha family, as having a "great relationship" with the fans.

He said: "I think in essence here, the owners - very much the supporters is what they think about, how they can look after their fans.

"I think here, first and foremost, it's all about the support and how they can put everything in place, and it's not necessarily only a business for them. Of course they put in huge amounts of money, but it's all based around taking care of the fans and making sure the supporters are proud of the club. I'm sure there's many clubs that would have loved them to have been their owners.

"Certainly, in my experience here, they have a great relationship with the supporters, with the players, and with everyone within the club."

Chelsea on Tuesday announced that from July 1 there will be a supporter presence at club board meetings, and when asked if he saw that as a step forward, Rodgers said: "I suppose it's down to the individual club and how they see it. I think that will be a question here for the board.

"But I think we've seen in the last few weeks the power of the fans and the supporters in this country, that we're really protective of our game and it is really about the supporters and the players. They've come out in voice and they're a very important part of the club.

"I think supporters over the course of this last year have been so patient, in having to be outside of stadiums, but they still support their teams and obviously going forward they want to be a part of that. It will be the individual clubs and how they see fit."

Rodgers also said defender Jonny Evans "should be fine" for Friday's fixture following a scan on a foot issue, and that forward Jamie Vardy, who had some ankle swelling from a tackle in last week's 1-1 draw at Southampton, will be available.