Spotify CEO and founder Daniel Ek has contacted Arsenal owner Stan Kroenke's family to make an offer to buy the Premier League club but a takeover could be drawn out, former France international Thierry Henry said.

But the club's American owners, under fire from fans following the North London outfit's failed attempt to form a breakaway European Super League, have dismissed talk of a sale.

Kroenke and his son and director Josh put out a joint statement in response to Ek's interest saying they remain "100% committed to Arsenal" and were not interested in selling a stake in the club.

"He (Ek) already reached out (to the Kroenke family) and said himself that he had collected the funds to make sure that he can put in a good bid," Henry told Sky Sports.

"They now need to listen. A lot of people have been screaming that they want the owner out. We are trying to offer a solution involving the fans and getting the DNA of the club back.

"One thing that I want to reiterate is that Daniel will not move away, he will be there waiting to see if they want to sell.

"That is going to take a very long time, we know what we want to do, but first and foremost we need to make sure that we can take over, if they are listening."

Spotify declined to comment on Henry's observations, while Arsenal did not respond immediately to an emailed request for comment.

Arsenal were among six English clubs who signed up for the proposed European Super League project before withdrawing amid a storm of protest from fans, players and the British government.

The club are ninth in the Premier League standings and in the semi-finals of the Europa League. 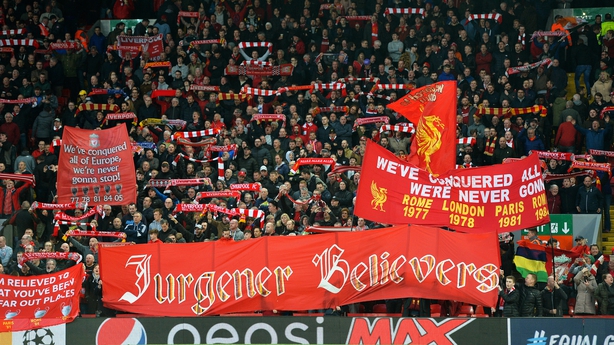 Meanwhile, Liverpool supporters' group Spirit of Shankly is hopeful its first meeting with the club's hierarchy will lead to the repairing of relationships fractured by the club’s involvement in the failed Super League.

Members of the group will sit down with Reds chief executive Billy Hogan and other club representatives on Tuesday to discuss how to move forward after the growing disconnect between board and fan-base peaked with plans for a 'big six’ breakaway.

"It is an encouraging first step as the club attempt to restore fans’ faith and need for positive change," said an SOS statement, which expects talks to continue in the coming weeks.

Liverpool are the first of the rebel clubs to publicly agree to meet fans, brought about after SoS wrote to Hogan with the results of a survey in which members overwhelmingly (89 per cent) called for greater engagement and supporter-led representation at board level.

Responding to the group, Hogan wrote: "It is positive that SOS has opted to re-engage with the club as it will allow the necessary conversations to take place, for views to be aired and, hopefully, for workable solutions to be found in keeping with the best interests of the club."