Spurs had soaked up intense City pressure for most of the game to somehow stay in contention at Wembley Stadium.

But City finally made the breakthrough in the 82nd minute from an unlikely source as defender Laporte met Kevin de Bruyne's free kick and headed past goalkeeper Hugo Lloris.

A combination of Lloris, last-ditch defending and some poor City finishing had kept the 8,000 crowd on tenterhooks but in the end Pep Guardiola's side got their reward.

They have now matched Liverpool's feat of winning the competition for four seasons in a row, and also join Liverpool with the most League Cup wins on eight.

Tottenham, who had rookie manager Ryan Mason on the touchline after Jose Mourinho's sacking last week, are still waiting for their first trophy since 2008. 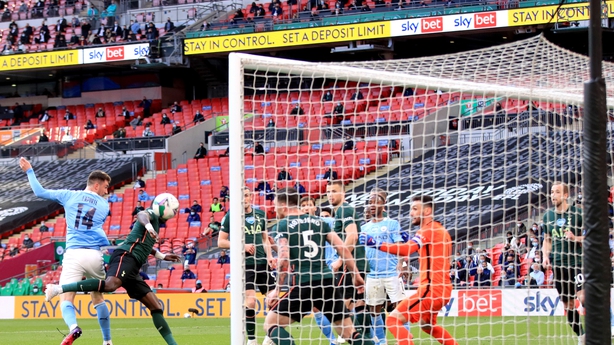 Match-winner Laporte was delighted to have made the decisive contribution to a fourth successive League Cup win.

He told Sky Sports: "We are so happy to win this title again. We lost in the FA Cup, so it is something good for us to get confidence and to keep going like we have done in the last few months.

"We have been so, so good and we have to keep this rhythm, this way, to win more titles."

Man of the match Riyad Mahrez praised City's focus in a tight contest.

He said: "It was a tough game - we knew it was going to be tough. We stayed focused, we kept dominating, we kept passing the ball and then scored. I think we deserved to win today.

"Obviously you are always scared because they are a good team, but we were very confident in our game and it's a very good win. We get the trophy again and we are very happy."

Asked why the club were so dominant in the competition, Mahrez added: "I don't know. Like the manager said, we just focus in every competition we play. 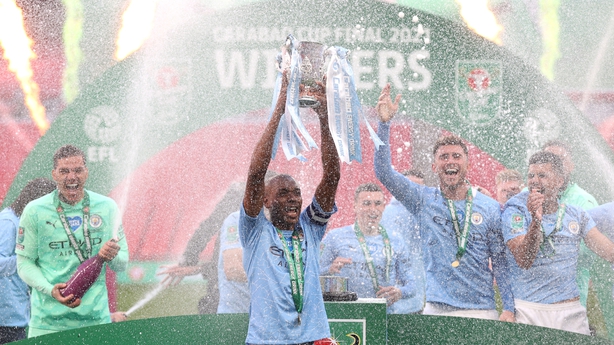 For midfielder Fernandinho, it was a sixth League Cup success, but a first as captain.

He said: "I feel very good. It's the first time I've lifted a trophy at City, so it's an amazing sensation.

"We deserved to win that game today because we went from the first minute to try to score a goal, created some chances and, at the end of the road, the game has been decided by a set-piece."