It's never dull in Waterford. On Friday, Blues manager Kevin Sheedy denied claims that he'd resigned amid media reports that he and his assistant Mike Newell did not take Thursday's team training and had departed the club.

Not the case, both club and Sheedy insisted. He will be in the dugout for the visit of Longford and the hosts are desperate to end a rocky few days with a win.

Waterford have just three points on the board from their opening six games, with five losses and just the one win. Newly promoted Longford are two points better off.

Waterford: Cian Kavanagh and Oscar Brennan are unavailable. Paul Martin picked up a knock in training while there's also doubts over Daryl Murphy and Issac Tshipamba.

Daire Doyle (Longford manager): "We need to get results against the teams around us. That's going to be key when it comes to the final stages of the season. These are the games that we need to be taking something out of. We go into the match against Waterford in a positive mood after a couple of good performances." 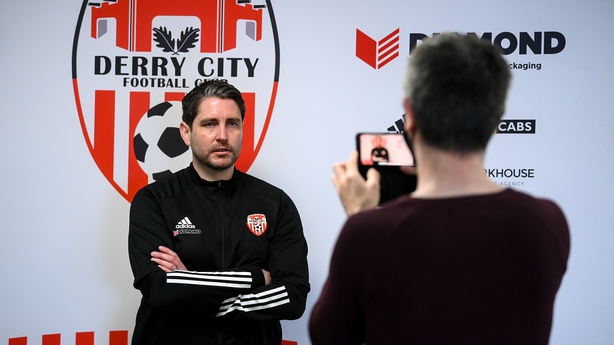 Derry have endured a really tough start to the new campaign but they travel to Sligo hoping for a 'new manager bounce' after Ruaidhrí Higgins replaced Declan Devione in the hot seat on Friday.

Higgins has departed from his his role as the Republic of Ireland's chief scout and opposition analyst. Having spent eight seasons at the Candystripes as a player in two different spells, he's fully aware of the expectations at the Ryan McBride Brandywell.

They have yet to win a game this season and face a very tough test this evening. The Bit O'Red remain unbeaten after six games and look like they are going to be a serious force this year having built on a brilliant second half to the season last year.

Sligo Rovers: Danny Kane is out and Shane Blaney is a doubt due to injury. Walter Figueira is available however after recovering from a knock against Bohs.

Derry City: The visitors have no major concerns.

Liam Buckley (Sligo Rovers boss): "It's going to be as hard-fought as every other game we’ve played so far this season. Nothing comes easy, that is how the league is. We’re looking forward to it."

Ruaidhri Higgins (Derry City boss): "Performances have gradually improved but the next objective is to get three points on the board. We need to get a win and I'm sure confidence will grow from that and we can kick on and climb the table." 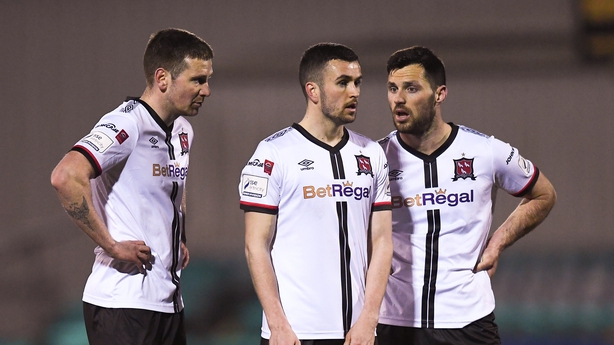 The Lilywhites come into this Louth derby still searching for a new manager to replace the departed Shane Keegan and Filippo Giovagnoli. It's remarkable to think that the Drogs can pull eight points clear of their neighbours if they plunder a win at Oriel, and they might be fancying their chances against wounded opponents.

Tim Clancy's men were very unfortunate not to take a point from their midweek clash with Shamrock Rovers as a Danny Mandroiu header deep into injury-time broke their hearts. They've been largely impressive since their return to the top flight however and could make life awkward for Dundalk this evening as they hunt a first derby win since 2014.

Dundalk: Pat Hoban is out with the injury that saw him limp off in the draw against Derry City last Tuesday. Sonni Nattestad is a doubt while Brian Gartland and Daniel Kelly are out although the latter is inching closer to full fitness.

Jim Magilton (Dundalk interim boss): "The derby is a fantastic game for these boys because they’ve got to raise their level and when they do raise their levels you see moments of real quality. The goal we scored in Derry was a fabulous goal, but there’s not enough of that. We haven’t kept a clean sheet and that’s also not acceptable. The next game is the most important 90 minutes of their lives."

Kevin Doherty (Drogheda assistant manager): "This is why we worked for three years to get promoted for these games - Shamrock Rovers, Dundalk at home or away - and now we're there so we're going to try make the most of it and try and compete."