Introducing a '50+1′ rule in English football could help repair the divide between clubs and their fans, representatives of fan groups in Germany have said.

Rules in Germany’s Bundesliga mean that clubs are only allowed to take part in the league if commercial investors hold no more than a 49 per cent stake in their ownership.

These rules were put in place to prevent clubs from being run at the whims of wealthy owners rather than supporters – something fans of the proposed European Super League clubs complained of.

Alexander Fischer from Club No.12 – an organisation representing Bayern Munich fans – said that the rule could help bridge the divide that has emerged between teams and their fan bases if implemented in England.

"I think it could be one brick in a big wall, yeah," the 34-year-old from Munich said.

"It would be a good, not a perfect start, but a good start to bring back the football to the people – if you want to have my advice, just do it.

"For sure we have other points that have to be repaired, all clubs in Europe are spending too much money on players. No player needs to get 40 million pounds a year." 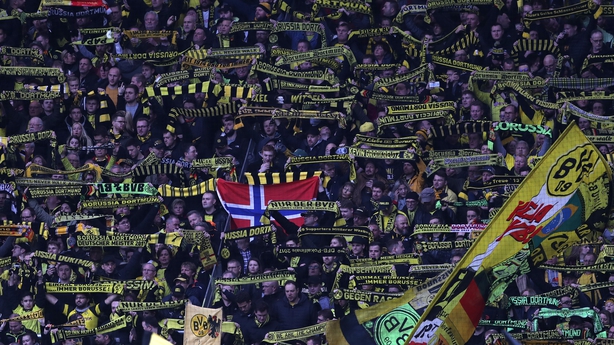 The fan experience in Germany has long been the envy of English supporters, with ticket prices for example remaining low – but it remains an imperfect system according to German fans.

Markus Sotirianos, 40, from Darmstadt, is the vice chair at Unsere Kurve, a group which represents around 300,000 members in fan politics.

"The 50+1 rule (protects) us in a way, but we don't have a Financial Fair Play, we need more securing because we have clubs who kind of circumvent the rule," he said.

"In England I think the tradition is a bit different, so it's not easy to just adopt things from another country, it must be lived in a way.

At the end of a night of protests outside Stamford Bridge on Tuesday, all six English clubs that were set to take part in the European Super League had pulled out.

And while the fans were heard, the influence of elite clubs’ owners is now very much in the spotlight.

Both Mr Fischer and Mr Sotirianos were pleased to see Premier League fans protesting, and said that fans making their voices heard is crucial.

"What made us really happy was seeing British fans and supporters just saying what they want," said Mr Fischer.

"That’s a thing we hoped to see, but we were not sure if they would really do this. We need more of this."

Listen to the RTÉ Soccer podcast on Apple Podcasts, Soundcloud, Spotify or wherever you get your podcasts.