Ronald Koeman’s side dominated the first half with 84 per cent possession but could not make the breakthrough until the 60th minute in Seville.

Skipper Lionel Messi got on the act when he started and finished a brilliant team move in the 68th minute and doubled his tally with Barcelona’s fourth in 12 second-half minutes.

Griezmann had a fifth goal chalked off for offside late on as Koeman lifted his first trophy as Barca boss.

It was Bilbao's second Cope del Rey final defeat in a fortnight after they lost the postponed 2020 decider to Real Sociedad on 3 April.

Bayern Munich bounced back from their Champions League quarter-final exit to Paris St Germain with a hard-fought 3-2 win over Wolfsburg.

Wout Weghorst pulled one back for the home side before Musiala found the net for a second time with a looping header before half-time – becoming the youngest player to score six Bundesliga goals.

Maximilian Philipp's volley reduced the deficit but Wolfsburg were unable to find the equaliser as Bayern moved seven points clear at the top.

Eintracht Frankfurt missed out on the chance to climb up to third after being thrashed 4-0 at Borussia Monchengladbach.

Matthias Ginter put the hosts ahead in the first half, with Jonas Hofmann, Ramy Bensebaini and Hannes Wolf completing a emphatic victory to boost their European aspirations in seventh.

Schalke sit 13 points adrift of the Bundesliga relegation play-off after a 4-0 loss at Freiburg.

Bayer Leverkusen climbed up to fifth after a 3-0 success against struggling Cologne thanks to Leon Bailey’s brace and Moussa Diaby’s strike.

Union Berlin have an outside chance of European football next season after first-half goals from Grischa Promel and Petar Musa earned a 2-1 home victory against Stuttgart, who replied through Philipp Forster. Augsburg and Arminia Bielefeld played out a goalless draw. 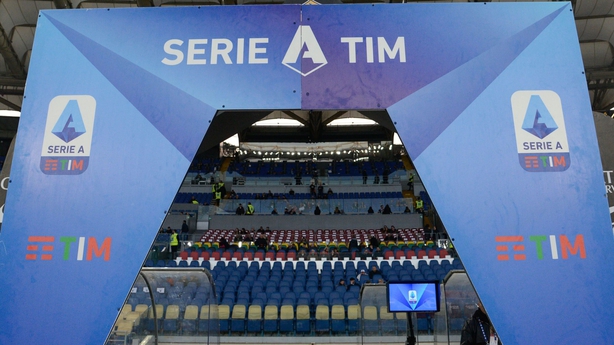 Cagliari scored two goals in stoppage time to snatch a key 4-3 victory against fellow strugglers Parma in Serie A.

Dennis Man restored the two-goal cushion just before the hour mark, only for Razvan Marin to hit back for Cagliari.

The hosts, who were set to be leapfrogged by their opponents, equalised in the first minute of added time through Gaston Pereiro, with Alberto Cerri scoring three minutes later to claim the win which leaves them two adrift of safety.

Basement side Crotone suffered their 12th defeat in 13 league matches, and fourth in succession, at the hands of 10-man Udinese.

Rodrigo De Paul opened the scoring for Udinese but Simy levelled in the 68th minute from the penalty spot.

De Paul scored the match-winner six minutes later before the Udinese captain was shown a straight red card for a dangerous high foot in stoppage time.

Sassuolo came from behind to win 3-1 at home to Fiorentina.

Giacomo Bonaventura put the Florence outfit in front but a Domenico Berardi brace in three second-half minutes turned the match in Sassuolo’s favour, with Maxime Lopez adding gloss to the scoreline.

Marseille defender Pol Lirola scored a stoppage-time winner to guide his side to a much-needed 3-2 victory at home to Lorient.

Teremas Moffi earned a half-time lead for Lorient but Marseille hit back through Dimitri Payet and Lirola first goal for the club.

Moffi levelled with 20 minutes remaining and looked to share the spoils until Lirola popped up in the first minute of stoppage time to snatch a last-gasp win.

Rennes made it four victories in five Ligue 1 matches after a 3-0 triumph at Angers.