Paul Pogba says it is a joy to play alongside Bruno Fernandes as the Manchester United midfielder continues to kick on after injury.

The 28-year-old missed six weeks with a hamstring issue picked up in early February and returned with a bang, coming off the bench to fire Ole Gunnar Solskjaer's side to victory at AC Milan in the Europa League.

Pogba has since helped United into the semi-finals and consolidate second place in the Premier League, with the side going for a fifth straight win when Burnley visit on Sunday.

The Clarets inflicted an embarrassing 2-0 defeat on their last visit to Old Trafford in January 2020 - one of the lowest moments of the Red Devils' season, which was swiftly followed by the big-money acquisition of Fernandes.

The 26-year-old has surpassed the lofty expectations that came with his move from Sporting Lisbon and Pogba loves what he brings to the club.

"He's all over the place, he can do everything really... except defending! But really, it's always a joy to play him, to understand him. He understands me as well, he can take my position, I can take his position as well.

"I think he suits the team, he's a very dominant influence in our team."

Fernandes is one of a number of leaders within the United dressing room along with the likes of Pogba, who was given the armband for Thursday's 2-0 Europa League quarter-final second leg win against Granada in the absence of suspended skipper Harry Maguire.

There also appears to be a growing camaraderie within the dressing room - a boost as they look to win their first trophy since 2017.

"I'm just myself with the guys and if it can help them to be relaxed and be happy and have a good performance, then I will keep doing it obviously," Pogba said.

"I think it's important to have a group that gel well together because football is teamwork and you have to be with everyone, you have to be connected, that's how you win. When you're connected like this, it's easier to win."

It seems a far cry from the end of the Jose Mourinho era, with Pogba criticising the former United boss this week.

The 28-year-old appears to be enjoying life under successor Solskjaer and has slotted into the side since returning from injury.

"I feel good, I feel much better," Pogba said. "I came back from the injury, went with the national team and played.

"Now I've just got my rhythm a bit. The connection is right and I feel good. I feel free, I feel myself. That's great." 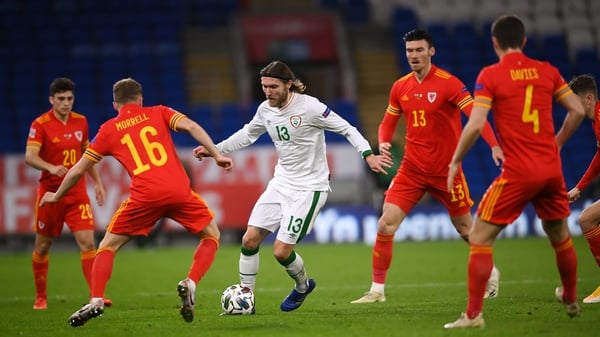 'FIFA could hit the jackpot with an Irish/UK World Cup'