It has been an unbeaten start for both clubs. Rovers have had two draws at home, against Dundalk and Shamrock Rovers, as well as wins in Longford and Waterford.

The teams met in two games last season where Harps edged out a 1-0 victory in Ballybofey, while the return fixture in September saw a 3-1 win for Rovers.

Both sides come into the game off the backs of decent results as Sligo drew 1-1 with Shamrock Rovers in Tallaght, while Harps came back from a goal down to beat Waterford 2-1 at Finn Park.

Sligo Rovers: Danny Kane will miss out due to injury. Shane Blaney is doubtful and will be checked pre-game.

Finn Harps: Forward Adam Foley is a doubt for the game having been forced into coming off at the weekend. Ryan Connolly, Conor Barry and Mark Timlin are also expected to miss out.

Liam Buckley (Sligo Rovers manager): "This is an important game for us and it's a difficult one as well. If you don’t bring an intensity to each game and match the opposition in that, you’re going to be in a spot of bother in this league.

"Every game will bring that challenge. I’m not surprised by how Finn Harps have started and I don’t think many people within the league are surprised either. They’ve got top players in their squad."

Ollie Horgan (Finn Harps manager): "If we're not right, this could be a long night for us. It’ll be the biggest ask of us so far, and the asks have been very high up to now. They’re a good side and a good club. They’ve added the likes of Greg Bolger, Gibson, and the return of Romeo Parkes and that’s not to mention that they have a lot of good players there already too." 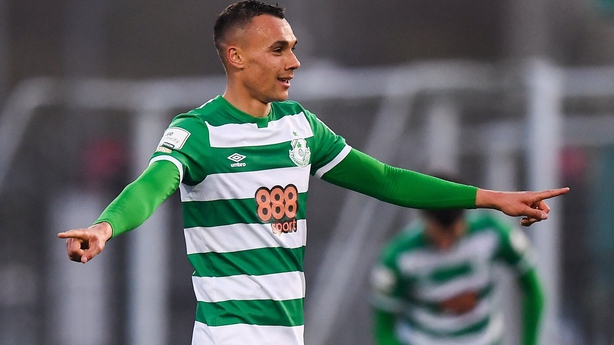 Champions Shamrock Rovers welcome Longford Town to Tallaght and will be expecting to take all three points from the newly promoted side.

Longford come into the game off the back of a chastening 4-0 defeat to Drogheda United last week, while Rovers were able to take the spoils from the Brandywell when they overcame Derry City 2-0 in their last game.

The Town's season and their survival hopes won't be defined by games like this one and anything they can take from Tallaght will be a bonus but, the Drogheda result aside, Longford are holding their own in the top flight and could produce an upset if Rovers take their eye off the ball.

Shamrock Rovers: Neil Farrugia remains roughly two weeks away from a return, while Joey O'Brien is being assessed on a day to day basis. Manager Stephen Bradley reports 'a few knocks' from the trip to Derry.

Longford Town: Longford will be without Captain Dean Zambra, Dean Byrne, Aaron McNally and Callum Warfield, all of who are sidelined through injury.

Stephen Bradley (Shamrock Rovers manager): "[Longford] are really good in the attacking part of the pitch, they have some good players. In all their games, they've been really, really tight games other than the Drogheda game.

"I expect a difficult game. They're going to come to Tallaght and enjoy the big pitch and want to come and have a go at us so we've got to make sure that we're ready for that."

Daire Doyle (Longford Town manager): "It'll be a major test for us. We can’t be down all week thinking about the defeat against Drogheda.

"We have to put things right in training and we need to put in a performance. We need to be prepared for what’s going to be coming from Shamrock Rovers. It’ll be a difficult game again." 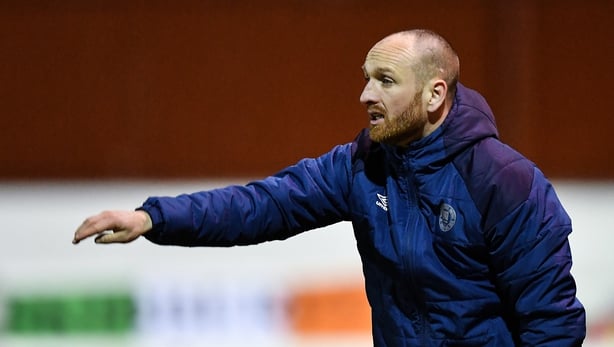 Dundalk will be hoping to pick up an elusive first victory of the 2021 SSE Airtricity League Premier Division season when they host St Patrick's Athletic at Oriel Park.

The game sees the return of former Dundalk skipper and St Pat's manager Stephen O'Donnell to his old stomping ground with the Saints top of the pile with 10 points from their first 12 games, while Dundalk have just one point to their name.

The sides met twice last season with a 1-1 draw being the outcome on both occasions but as pressure mounts on the Dundalk management, a point this time out would still see them stuck second from bottom in the table.

It was a 1-0 defeat to Bohemians for Dundalk last time out while goals from Robbie Benson and teenager Darragh Burns secured a 2-0 victory for the Saints over a 10-man Derry City at Richmond Park.

Dundalk: Sean Murray is in line for a return after coming through a full week of training while Sonni Nattestad is eligible for selection once again following his two-game suspension and mandatory quarantine period after returning from international duty. Daniel Kelly and Brian Gartland are both out with knee injuries.

St Patrick's Athletic: Shane Griffin has returned to training after a shoulder injury while Cian Kelly (foot) remains out.

Michael Duffy (Dundalk): "It was a hard start for me when I arrived here. I was looking forward to playing football but then I was struggling with my back for the entire pre-season. It's been hard, so it’s good to be back now and help the team. I’m feeling good now and the fitness is coming back.

"Shamrock Rovers was the first game I’ve played since November last year so it’s good to be back and feel the tension on the pitch. We had a slow start but the level in the squad is good.

"We have been a bit unlucky in the games and also off the pitch with injuries. People are getting back to full fitness now and we’ll be better, but of course, we need to pick up the three points and start winning."

"Dundalk are in a very false position at the moment, and that won't be the position they take up at the end of the season. They've such a big squad and so much quality, we are under no illusions at the league table so we will need to be at our very best to get anything out of the game."