Blues boss Tuchel insists those big characters will be itching for the battle when Chelsea aim to turn their 2-0 quarter-final first-leg lead into safe passage to the last four.

Kai Havertz starred in Saturday’s 4-1 Premier League victory at Crystal Palace, with Tuchel later claiming the Germany forward should embrace his languid style and does not need to set the Blues’ mental tone.

Germany defender Rudiger, club skipper Azpilicueta and Croatia midfielder Kovacic will handle that role in Seville, with Tuchel calling on his players to stick to their individual and collective strengths.

"Because they are all ready to fight and it’s in their nature to show it on the pitch and to protect the interests of our team which is very, very important.

"They are there and we can rely on them, because it’s in their nature. 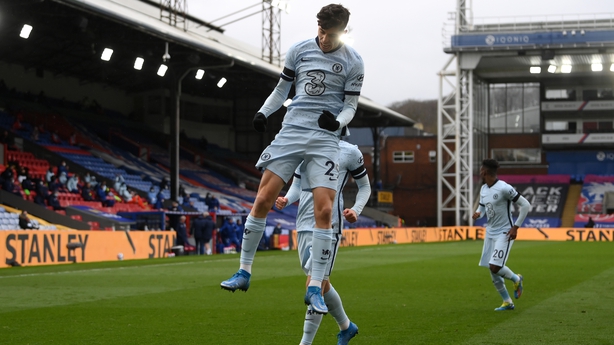 "Nobody needs to do anything that’s against their nature. We can totally rely on them.

"I think for me, when I was a player on the lower level it was always important for me, when you had big matches and felt the tension, you could look around the dressing room and go out of the tunnel, look around who’s next to you and feel confident and comfortable.

"And I’m pretty sure that our guys feel very, very comfortable when they look around and see who they rely on.

"The best thing about tomorrow is nobody needs to do it alone, nobody.

"We are out there together, everybody on the pitch will help each other, and we will help from the bench and from the stands, and the guys who come off the bench.

"We do this together tomorrow and we will push hard, hard, hard for the best outcome, you can be absolutely sure.

"And that means that we have 90 minutes to fight for, minimum, and we will do it to achieve a big goal."

Tuchel has told his players to let everyone else "wreck their heads" about the week’s greater significance, while Chelsea must focus solely on seeing off a stubborn Porto outfit.

Tuchel also admitted he has yet to decide whether midfield linchpin N’Golo Kante will be fit enough to start both matches this week, after his recent hamstring injury.

"Honestly this decision we will take tomorrow, after we reflect on training today," said Tuchel.

"Normally it’s hard to imagine a game like this without NG (Kante), but at the same time we have to be absolutely careful with him that we don’t take risks with his health, and with his injury situation.

"So the question for tomorrow is, 'do we want him to start, or do we absolutely want him to finish the game for us?’, because there’s also the possibility of 120 minutes.

"This is the question and honestly it’s not answered yet, I will answer this tomorrow morning with my staff.

"If we want to finish the season with a trophy we’d better win both matches, otherwise it could be difficult!

"But it doesn’t help to reflect too much about it. It’s most important for me to be fully focused on what we do tomorrow.

In tonight's other game, Paris Saint-Germain welcome Bayern Munich to the Parc des Princes with the French side holding a 3-2 advantage from the first game.