Former Tottenham player Stephen Kelly believes it is likely that star striker Harry Kane will leave the club in the summer.

The 27-year-old has been linked with a move away from the north London side after a season of struggle under Jose Mourinho. Sunday's 3-1 defeat at the hands of Manchester United sees Spurs lie in seventh place in the table, six points adrift of fourth spot.

A Carabao Cup final against Manchester City could have a significant impact on manager Jose Mourinho’s future and victory would be Kane’s first piece of silverware at club level.

Last year, the star striker, who has scored 217 goals in 329 Tottenham appearances, suggested he would seek pastures new if the club stagnated.

"I've always said if I don't feel we're progressing as a team or going in the right direction, then I'm not someone to just stay there for the sake of it," he said. 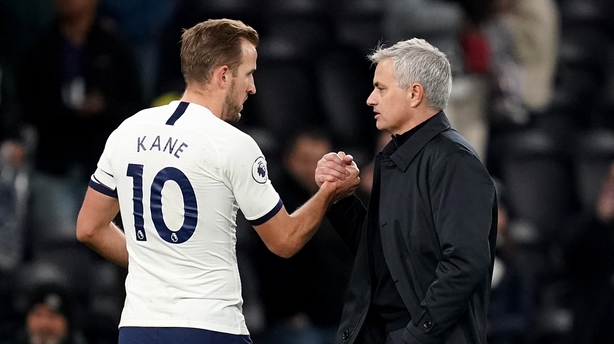 "I wanted it to work [under Mourinho]. It’s not at the moment and I still think maybe it could, but it’s a big turning point to get the fans back on board from where they are now," he said.

"If they were to win the cup, there’s a chance. Maybe if they throw some money at it and back him, and back Kane, they have a chance, but that hasn't happened."

It’s the future of the England captain that is of greater concern from a Spurs perspective.

I just can't see him staying, unless England have an amazing Euros and that satisfies his thirst for a medal

"For Kane, no Champions League football for him, I think that’s a deal-breaker almost. Whether a team can afford to come in for him, that’s another matter.

"What it does [failure to qualify for Champions League] is it stops Tottenham bringing in the players that they want to surround him to push for Premier League and Champions League titles.

"I just can’t see him staying, unless England have an amazing Euros and that satisfies his thirst for a medal."