Jose Mourinho disagrees with Ole Gunnar Solskjaer's opinion that trophies do not determine success and believes that Alex Ferguson will do too.

The Manchester United boss said that his side's progress should not be judged on whether they win the Europa League this season and claimed that obsessing over winning silverware is an "ego thing" for some.

Tottenham counterpart Mourinho, who was in the Old Trafford hotseat immediately before Solskjaer, could be one of those he is referring to as the Portuguese is proud of his impressive haul of trophies won at every club he has been at.

He won the Europa League and League Cup while at United and has a different mindset to Solskjaer.

"It's his opinion. I'm pretty sure his big boss Sir Alex had a different opinion about it," Mourinho said ahead of this Sunday's Premier League clash between the two teams.

"But I respect what Solskjaer thinks. I think different.

"Freedom of thinking, freedom of ideas, and if that is what he thinks that is fine by me. It's not a problem for me, he's not being disrespectful to anyone.

"But I repeat I believe his big boss, and the biggest in Premier League history, has a different view in relation to that."

Mourinho is trying to end Tottenham's trophy drought this season, but is also clinging on to the hope of delivering Champions League football.

The 57-year-old is unhappy with the press coverage he has received this week in the wake of Sunday's disappointing 2-2 draw at Newcastle. 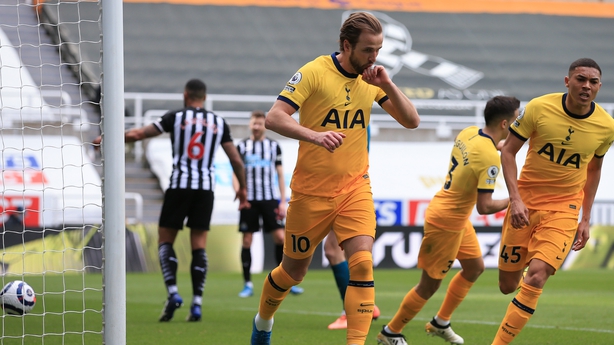 Mourinho criticised his players and also made a bizarre claim that Toby Alderweireld did not train with the squad until the Saturday before the match despite the club putting out pictures on their club channels of him being with the group from Wednesday onwards.

He was given the chance to clarify those comments in his Friday pre-match press conference, but chose not to, instead going on the attack to the media before making a swift exit to play in a staff match at the club's training ground.

"There is nothing for me to clarify. If I have to clarify I clarify with my people and not with the people who knows everything and wrote and spoke and sold papers and with audiences on radios and TVs... you don't even pay me a percentage so I'm not going to play the game.

"Let me play, I've been working in the gym for two weeks for this game and now I'm going to arrive late."

Manchester City are the side standing in the way of Mourinho and winning a trophy at Spurs as they play later this month in the Carabao Cup final.

City are well in front of Spurs on the pitch and also off it, with Kevin De Bruyne this week landing a bumper new contract and Mourinho has no issue with City's spending power.

"If Pep (Guardiola) - or any of the coaches of the top teams - has X million to spend good for them, no problems.

"I enjoy to work in my club. I enjoy to do what we are doing and I am not jealous of the ones that can do other things.

"I would love my players to get the same contract as David De Gea or Kevin De Bruyne. I would love them to get that money."