The sides met in what was the fourth game of the season last year and the final one before the league was shutdown. That game brought a 3-2 victory for the visitors and consigned the Bit O'Red to a fourth defeat in-a-row.

Over 13 months on, it has been a better start to this campaign at The Showgrounds ahead of this fourth game of a season.

Two away wins, as well as a point at home to Dundalk, has given Liam Buckley’s side a better position going into the encounter compared to 2020.

At the time, Sligo were beset by injury concerns. The news is somewhat better this time around.

The Hoops have played a game less than Sligo, and after drawing with St Pat's in their opening game, they bagged full points when accounting for Dundalk last Friday.

Shamrock Rovers: Joey O'Brien has done a good bit during the week and will be assessed in the morning. In quarantine after being on international duty, Pico Lopez has returned to the group.

Liam Buckley (Sligo Rovers manager): "This game is really about another three points being on offer. It's the same in every game in the league. The opportunity is there and we have to do our utmost to take it. We know it’s going to be a tough ask. Shamrock Rovers won the league at a canter last season and they’ve won both games so far. They’ve brought more good players into their club in the off-season."

Stephen Bradley (Shamrock Rovers manager): "Sligo are doing well. I felt last year they were a strong team and nothing has changed this year. They’re a strong team with threats all over the pitch. It’s going to be a tough game on Saturday but it’s one that we’re ready for and looking forward to." 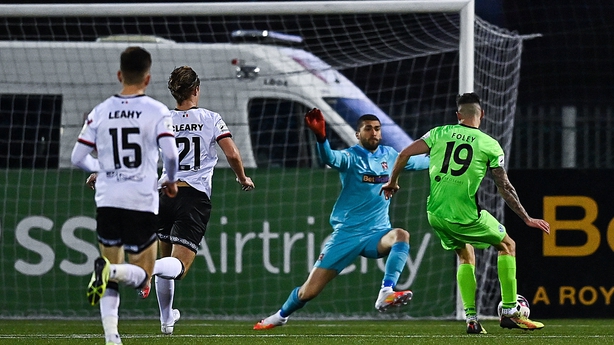 It's been a good start to the season for Ollie Horgan's Harps, with seven points out of nine. Impressive wins over Dundalk and Bohemians came ahead of a draw last week against Drogheda. Horgan is trying to keep a lid on things, but knows he has a squad that can looks upwards in the league.

Waterford got their season up and running with an away win in Derry last weekend. After showing much promise in the defeat to Sligo a week before, it was a bittersweet night for captain Oscar Brennan, who scored what turned out to be the winner, before getting sent-off on 80 minutes at the Brandywell.

Finn Harps: Harps are without the services of Ryan Connolly, Conor Barry and Mark Timlin. Barry McNamee is also a doubt.

Waterford FC: The Blues have added to their squad with the signing of Isaac Tshipamba Mulowayi from French side Angers SCO 2.

Ollie Horgan (Finn Harps manager): "They've recruited well, some of them we know and some of them we don’t. They have Irish Internationals, experienced players and we’re doing our best with the footage so far to get up to speed with some of their more unknown talents. They’re improving each game and are definitely going to be a force to be reckoned with. Any result in the Brandywell is a fantastic result and they will be coming up here on Saturday with no fear at all."

Kevin Sheedy (Waterford FC manager) "They're a good team," Sheedy told Highland Radio. "I've watched all their games so I know what their strengths are. We're certainly gong to have to defend well to get something out of the game." 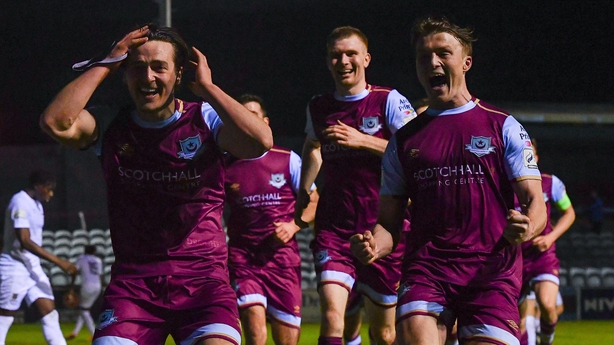 Decent starts for both of these sides. The midlanders, after gutsy draw away to Bohemians, will be disappointed not to have got something from the visit of Sligo, while the Drogs were more than full value for the point earned at home to Finn Harps.

Daire Doyle (Longford Town manager): "We have picked up some useful points up until the Sligo defeat," he told The Longford Leader. "We need to be at it again this weekend. We will face a really good Drogheda side who we know really well. They've added quite a few experienced players. It will  be a real challenge and a stern test but they’ll know they’ll have the same tough task facing us."