Interim boss John Kennedy has called for patience as the search for a new Celtic manager continues.

The Hoops have spoken to former Bournemouth boss Eddie Howe about becoming their new manager but as yet no appointment has been made and reports claim that talk of a deal being imminent is extremely premature.

Consequently, speculation surrounds the role vacated by Neil Lennon on 23 February when Celtic's bid for a record-breaking 10 successive Premiership titles was on its way to being ended by Old Firm rivals Rangers.

Ahead of the home Premiership game against Livingston on Saturday, Kennedy said: "Ultimately the club have to make the right decision for the greater good of the club going forward.

"Do you just name a manager now who they might think isn't quite right for the sake of the season books or do they make sure they make the right decision long term? 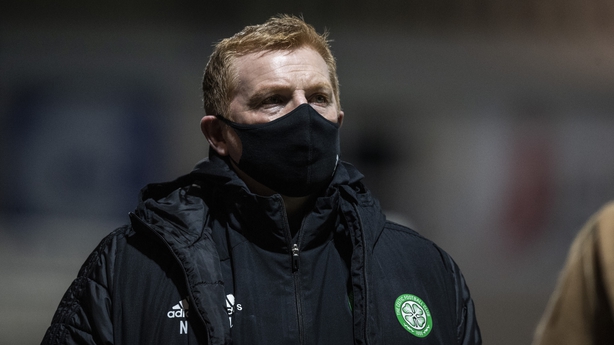 "I know it is difficult without clarity, I understand that.

"People probably expect those behind the scenes should let everyone know everything but some things have to remain private to the point when decisions are ready to be made. But we have just got to be patient at this time.

"It has been a difficult season, everyone understands that but the club wants to do the right thing moving forward and sometimes that takes a bit longer than everyone would like but we have to be patient on that."

Kennedy revealed close-season plans are already being made but admits any restructuring of the squad needs to be "put on hold."

He said: "There are things that are part of natural processes in terms of what we do pre-season, the start back date, which we have to have a plan for.

"If there is change they (new manager) might come in and make minor changes to that but in the main it is pretty much making sure things are in place for a successful pre-season.

"Obviously then there is squad decisions but again that will need to be put on hold.

"But behind that, there is a lot of work in terms of preparation to make sure that whoever is making the decision has got options.

"In terms of us, it is a case of focusing on the football, preparing for games and let the hierarchy deal with the behind the scenes stuff."

Next week Celtic travel to Ibrox for their Scottish Cup last-16 tie determined to retain the trophy they won for a record fourth successive time in the delayed 2020 final against Hearts in December.

Kennedy is encouraged by the last two performances against Rangers, albeit the Hoops drew 1-1 with the Light Blues at Celtic Park last month and lost 1-0 at Ibrox in January.

The former Celtic defender said: "It is an exciting tie for everybody.

"The big games are the best to be involved in, players love playing in these types of games.

"We obviously have to address Livingston first to make sure we come through that and do well and then it is the next one after that.

"I felt we performed really well against Rangers in the last couple of games, especially the last game where we had real domination and probably didn't get the result we deserved.

"So it would be nice, especially in a cup tie, to address that and take the next step which is winning the game against them."