Vera Pauw said that tonight's game against Denmark is a match that her side could afford to lose, however, the international manager will be hoping that the friendly international is one that Ireland could actually win.

The world number 14 ranked side arrive in Dublin as clear favourites, having qualified for Euro 2022, finishing top in Group B, ahead of Italy.

Ireland, by contrast, finished third in their qualifying group, and despite some early enthusiasm, Pauw’s side failed to make the play-offs and are now looking beyond the Euros towards the World Cup in 2023.

The manager took over the team shortly after the start of the Euros campaign, and has certainly impressed in the role, which has shown a very committed and well-organised unit compete throughout the group stages.

Team camaraderie and belief appears to have certainly been elevated since the Dutch woman’s arrival, and the state of the game throughout the country also appears to have been buoyed under the new regime. 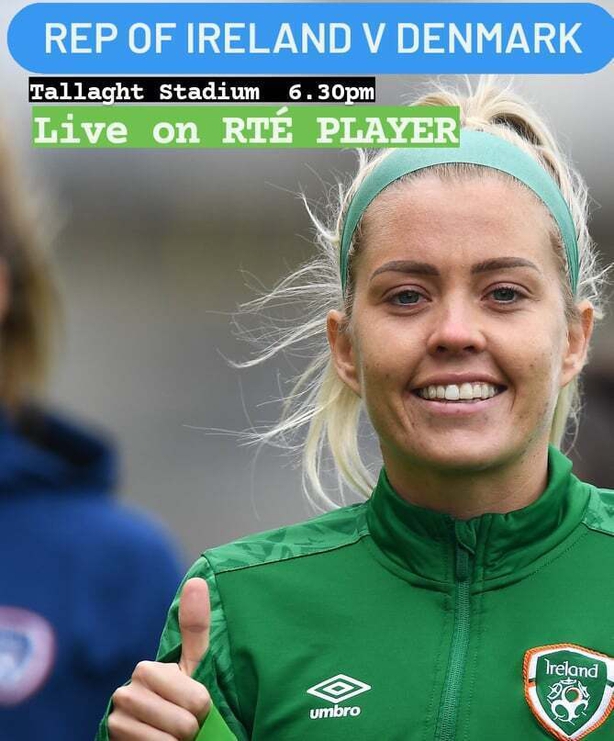 However, dominant performances were not turned into comprehensive victories, and while Ireland looked to have done enough over the first half of the campaign to finish no worse than second, a defeat against the run of play in Kyiv put paid to their European chances.

It has, of course, been a Covid campaign, and as a result, Pauw has not had any time to really work with her squad other than prepare for qualification matches, so this international window is the first time that the manager can consider anything other than the result.

Despite the coronavirus havoc that accompanied the second half of the Euros campaign, Pauw believes that Ireland are perhaps the only team in Europe to have improved since the pandemic took hold, and even though they lost their final three games, the manager is adamant that her squad are continually getting better. 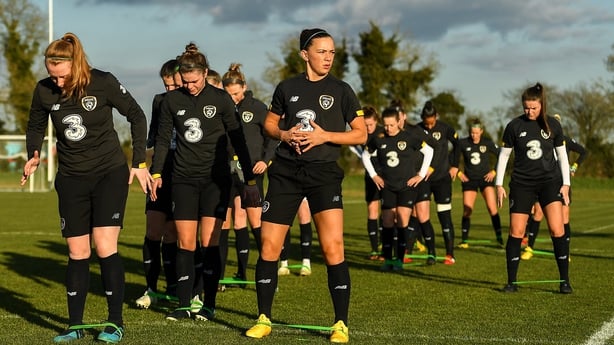 Two of those three defeats came at the hands of the world number two-ranked side, Germany, and Ireland’s performances in the 3-0 and 3-1 losses showed signs that the team can fare better against the top sides in the world.

Ireland kept the Germans scoreless in the second half of the away game and were level at half-time at home; A gung-ho approach to the final 20 minutes where Louise Quinn was thrown up top in a game that Ireland had to win allowed the Germans to secure the victory late in the game.

Tonight’s opponents are, no doubt, further along in their development in terms of bridging the gap to the top-tier footballing nations.

The Danes failed to reach the 2019 World Cup, where only eight European teams qualified alongside hosts France, losing in a play-off semi-final, while they have showed real progress over the course of the recent European campaign.

Nine victories, including a 3-1 away win in Italy, and one draw with no defeats put Denmark through to the England-hosted tournament, and they should bring that confidence into tonight’s encounter.

The Danes have a very experienced squad and have called just two players into the set-up for their double-header against Ireland and then Wales.

Goalkeeper Katrine Svane from AGF and 17-year-old Kathrine Kuhl from FC Nordsjaelland are the two new recruits who are likely to enjoy some minutes over the international window.

Coach Lars Sondergaard is confident that his side can maintain their good form ahead of the two games and believes that both sides offer a similar threat.

"Two good opponents await us with many players from the Women's Super League," said Sondergaard.

"But I expect that we will dominate, and that we must be able to open up two compact defences."

Vera Pauw believes that her side also belong amongst the tier-two countries, outside of the elite, however, results rather than performances would suggest that Ireland might be still closer to the third tier, which is reflected by the mid-table qualification placing.

But the manager has seen enough from the performances and the players available to be confident to state that the best is yet to come from this squad, and matches like this game in Tallaght Stadium tonight, coupled with Sunday’s away day in Brussels against Belgium can keep Ireland in the conversation.

And while Pauw is correct in stating that they are games that her side can afford to lose – Belgium also qualified for the Euros, topping their qualifying group – she is also aware that her side will need to show that they can compete amongst these verified tier-two nations.

"This is our first friendly game. You can only develop and take risks in friendlies, because in qualification games, you cannot do that," said Pauw, earlier this week.

And on that basis, the manager is set to take a different approach to the two matches, starting with the Danes in Dublin tonight. 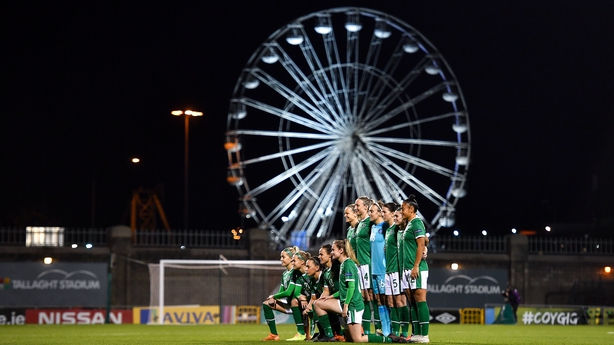 "We asked [Denmark] to come here. I wanted a fixture here against a top team but also a team that we can build up the play under high pressure," said Pauw.

It is clear that the manager wants to see how her team can compete against a decent side from a home-tie perspective and will play her strongest side at Tallaght tonight.

Pauw will demand all the intensity of the performances against Germany and Ukraine from the qualifying campaign but expect a more composed performance considering that the result is not of paramount importance, while there should be more time on the ball compared to the two matches against the Germans.

Then on Sunday Pauw will have had a lot more time on the training ground with many players who have yet to see action under her tenure. Sunday’s game will be a mix of experience and potential, where the manager will gauge whether some of these hopefuls are strong enough to take into the World Cup qualifying campaign.

The recent Euro qualifying campaign showed that Pauw stuck primarily to her core group and was reluctant to make too many changes, even during games, and she will be determined to make her squad much more competitive going into the World Cup campaign.

Three new faces have been invited to train with Ireland in the hope that they might add their allegiance to Pauw’s plan for the future, however, if the performances against Denmark and Belgium are not up to standard, the FAI may need to cast their net even wider before the vital qualifiers in September.