The result heaped further misery onto Bohemians who have made a struggling start to the season following their impressive second-placed finish in 2020.

With an exodus of that much creativity from their squad it is little surprise the Gypsies have already stumbled against Finn Harps, Longford and now St Pat’s this season.

On the other hand, Stephen O’Donnell has strengthened his side over the past year, with no addition potentially more important than this evening’s goalscorer Coughlan, who may finally bring regular goals into the Saints’ arsenal.

The hosts started with the majority of possession from kick-off but struggled to fully settle on the ball as Robbie Benson and Coughlan led an urgent St. Patrick’s press.

Long’s men focused their attention toward the left flank on the rare occasions they had enough time to pick an incisive forward pass.

And it was no surprise then that Liam Burt had the first threatening shot of the game from that side after an Andy Lyons through ball. However, Vitezslav Jaros, the Saints’ 19-year old loanee goalkeeper from Liverpool, was comfortable enough to parry the ball behind for a corner.

The visitors nearly had a goal to show for all their hard work in the press midway through the first half.

Again, it was Benson’s closing down that put Rob Cornwall under enough pressure to be dispossessed. However, the Saints midfielder couldn’t find the target as his shot strayed just wide of James Talbot’s post.

The Inchicore side suddenly looked in charge of proceedings but failed to create little more than looping long balls for Matty Smith to chase. The ever-commanding Talbot easily mopped up any danger as both teams failed to provide that needed bit of quality in the first half.

The visitors started the second half on the front foot again, but were nearly punished on the break as Ian Bermingham lost possession in midfield.

The ball found its way to right-back Lyons who drove into a pocket of space in Bermingham’s absence. Ultimately, his inviting cross was just inches away from finding the head of Georgie Kelly on the six yard box.

Bohs had another chance just before the 60 minute mark, when Sam Bone clumsily gifted the hosts a free-kick on the right wing. The resulting delivery found the head of Cornwall but his effort was comfortably welcomed into the arms of Jaros.

Finally, in the 62nd minute of play, there was a breakthrough as the sun set over Dalymount Park.

Benson, whose deliveries looked sharp throughout the evening, swung a lofted corner to the back post where Coughlan rose highest to finish past Talbot in the Bohs net.

Pat’s rarely looked like adding to their lead but instead looked to solidify the back four, introducing experienced centre-back Paddy Barrett in place of Darragh Burns midway through the second half.

The defensive trio of Barrett, Lee Desmond and Jaros all looked assured as they dealt with a series of Bohs free-kicks and crosses which desperately searched for an equaliser.

The hosts grappled for ideas but ultimately couldn’t come up with anything more incisive than long balls directed toward the height and strength of Kelly up front.

As the evening wore on that simply wasn’t good enough and O’Donnell’s side had the quality needed to maintain possession and frustrate their hosts in the game’s dying embers.

Bohs continue their search for a first league win of the season away to Dundalk next week. St Pat’s, meanwhile, host Derry on Friday evening. 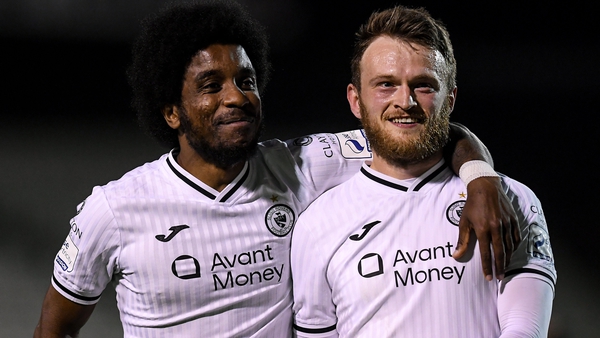 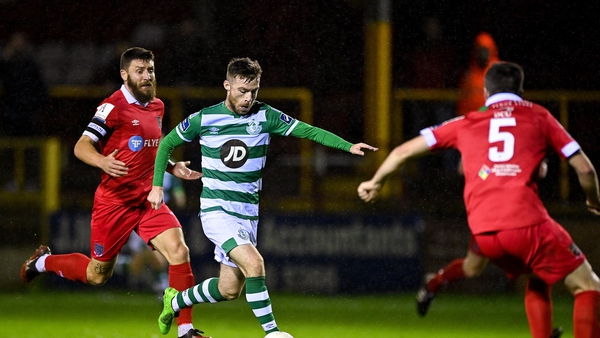 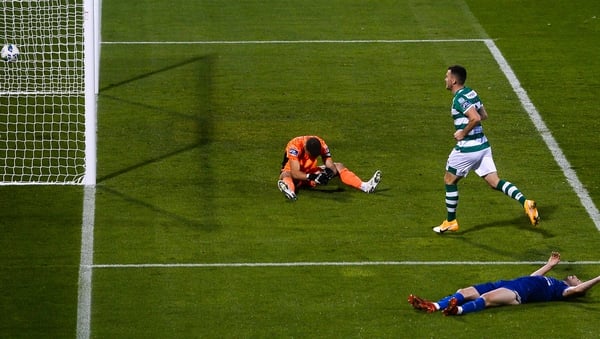 Waterford knocked for six as Rovers hit the goal trail 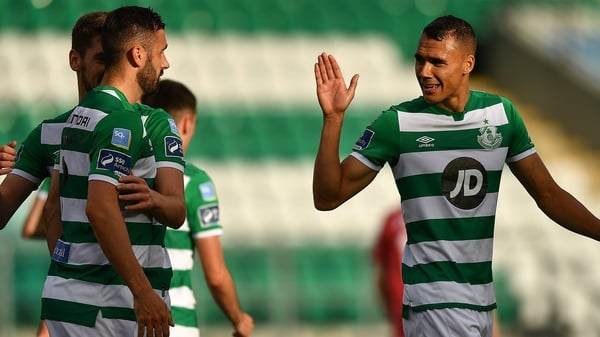 Lafferty on the double to send Hoops through