Bohs have had a bit of a rocky start to the new season. After a defeat on the opening day following a long trip to the north-west to play Finn Harps, they squandered a 2-0 lead the last day against Longford at Dalymount.

While still very early in the campaign manager Keith Long will want his team to find some form, with trips to Dundalk and Shamrock Rovers still to come this month.

Pats will be heading over the Liffey unbeaten after last week's late win over Drogheda United at Richmond Park and a draw against defending champions Rovers on the opening night.

You have to go back to March 2018 for Pats last victory in this particular Dublin derby, with Bohs having won six of the nine meetings since.

Stephen O'Donnell, who has been in charge for two defeats and one draw in that total, will want his team to turn that record around and lay down a marker that they can truly challenge the top three.

Bohemian FC: Bohemians are without Stephen Mallon (metatarsal) and Promise Omochere (knee), but Conor Levingston (calf) and Bradley Rolt (hamstring) are back in contention.

Keith Long (Bohemian FC manager): "Tomorrow's game is a chance now for us to show our mettle. There is no doubt that we are all disappointed with our results and performances in the opening two games and there would be no better way to get our season fully up and running with a win against St Pat’s."

Stephen O'Donnell (St Patrick's Athletic manager): "I'm looking forward to it, we roll into another big game. Bohs have done well the past few years, so it's going to be a very tough game.

"Our record wouldn't be the greatest recently over them, so it's something we are looking to rectify but we know we are going to have to be at our best to get something from the game. Once kick-off comes at 6pm, it's about the there and then!"

We’re about to get underway on our almost 400km trip for tomorrow’s @SSEAirtricityLg Premier clash with @derrycityfc 💪💙#OnTheRoad #Blues #WaterfordFC pic.twitter.com/ttSgIR0Bzp

Owing to international call-ups Derry City have only played one game so far this season. That was a disappointing 2-0 defeat to Longford last month.

The Candystripes finishes last season's truncated season just a point clear of the relegation play-off and manager Declan Devine will be determined to pick up their first points of 2021 this evening.

Waterford make the nearly 400km journey to the north-west off the back of a poor start to their season. Two games, two defeats, and they face another long trip next Saturday when they play Finn Harps away.

It's not what new manager Kevin Sheedy would have wanted in his first senior job.

"We now have six games in the next 4-5 weeks but we have been able to concentrate on the Waterford match on Saturday," said Devine speaking to DerryCityFC.net.

"Obviously we're bitterly disappointed with our performance in Longford. We’re not the only club in the country to have struggled early on, but we have to focus on getting our own house in order and that’s what we’ve been doing." 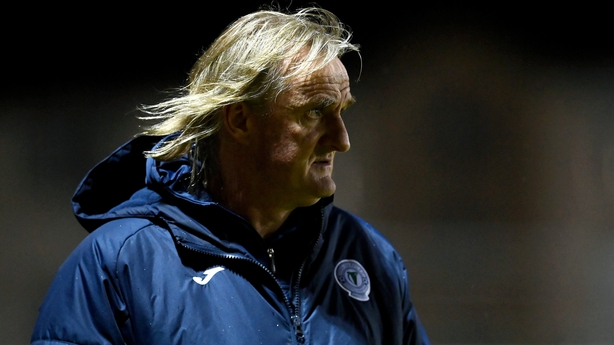 Drogheda United certainly haven't looked out of place since their return to the top flight. They beat Waterford on the opening day - their first Premier Division game since 2017 - and looked like they were going to take a point from Inchicore last weekend before Billy King's stoppage time winner.

For Tim Clancy it'll be about steadying the ship after that sucker punch in Dublin.

Undoubtedly Finn Harps have been the story of the season so far. Two wins from two and they were top of the table after last week's round of fixtures.

Ollie Horgan jokes that six points wouldn't be enough to keep them up, in reference to their regular battles to avoid the drop. But relegation won't be entering their thoughts if they can keep up their current form for a bit longer.

Drogheda United: The Drogs remain without the services of Mark Hughes who continues to recover from injury.

Tim Clancy (Drogheda manager): "Harps have had a great start to the season, with a brilliant home win against Bohemians and an amazing win out in Oriel there last time so we know it's going to be difficult."

Ollie Horgan (Finn Harps manager): "They've players of huge quality in the door, league winners in Dane Massey and Ronan Murray, Gary Deegan who’s not long back from playing over in England and then Dinny Corcoran who has always been a thorn in our side.

"That’s to take nothing away from the likes of Jake Hyland, Mark Doyle and plenty others who have been there a few years now either. It’s going to be a massive game and even if we’re right we still might not get anything out of it."