The former Reading and West Brom director of football moved to Glasgow in 2019 to assist Neil Lennon in his search for fresh talent.

But his contribution has been widely criticised this season after a disastrous summer transfer window saw Celtic's previously vice-like grip on Scottish football weaken as Rangers were allowed to steamroller to their first title in a decade.

Now the Hoops have announced Hammond - whose official title was Head of Football Operations - has resigned.

It will clear the way for incoming chief executive Dominic McKay to revamp the club's football structure, with the appointment of a new director of football understood to be top of his to-do list alongside finding a new boss to replace Lennon.

Celtic confirmed the 53-year-old former Swindon goalkeeper's departure in a short three-sentence statement, with outgoing chief executive Peter Lawwell adding: "We would like to thank Nick for his contribution to Celtic across the past two seasons. Everyone at the Club wishes Nick the very best for the future."

But it proved to be mostly wasted cash with only Turnbull impressing. 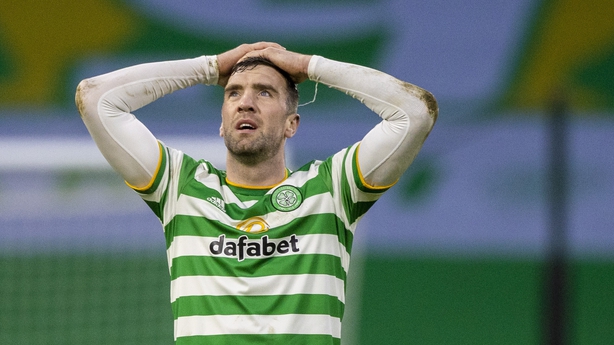 Republic of Ireland international Shane Duffy arrived on another costly loan from Brighton but again it was another calamitous switch as the big centre-back suffered an alarming slump in form.

Meanwhile, Turnbull hopes the only way is up for him at Celtic Park after reflecting on his Hoops turning point.

The £3m signing from Motherwell has been one of the few bright sparks amid a gloomy season for the fallen champions.

But the playmaker's initial transition from Fir Park to Glasgow's east end did not go as smoothly as the 21-year-old had hoped.

He was largely used as an impact sub during his first three months at the club, with Lennon affording him just one start. 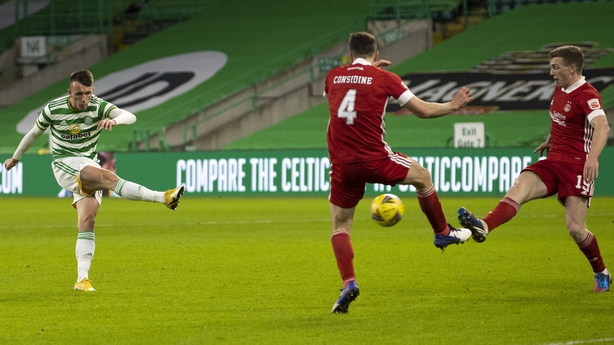 But his stalling Hoops career was kick-started on his full European debut back in December as he struck a late winner against Lille to ensure Celtic could save some face after a miserable Europa League campaign.

Since then, Turnbull has emerged as a key man in the Parkhead ranks with seven goals and five assists.

Now he is determined to repay the fans who backed his inclusion even through his frustrating stint in the stands.

He told CelticTV: "I'm loving it. Ever since making my first (European) start for the club against Lille I've not looked back.

"I've loved every minute of it and I just want to continue doing that and keep impressing everybody.

"I did notice things turning for me. It was obviously a tough few months before that. I was in and out of the team.

"I knew I just had to bide my time as it is a strong squad. Once I played that Lille game, I loved it and wanted to keep my spot in the team and kick on from there.

"My confidence is high at the minute. I just want to keep creating and scoring as many goals as I can, help the team out and show the fans what I can do.

"Since I've started playing, even at Motherwell, I wanted to base my game on goals. A goalscoring midfielder can be hard to come by so I'm just trying to add that to my game every week.

"Wherever I'm put in, whether it's a 10-role, deeper or out wide I enjoy doing it.

"It's been great to see all the reaction to me on social media. I just want to repay the fans for the way they have cheered me on. I can't thank them enough."