A long and successful international career looked on the cards when the then 18-year-old pipped long-serving Ashley Cole to a place at the 2014 World Cup, where he was the youngest player to feature across the tournament.

Shaw became the world's most expensive teenager when joining Manchester United from Southampton that summer, but injuries and a difficult relationship with former boss Jose Mourinho played a part in a topsy-turvy time at Old Trafford.

Such issues restricted his England availability, yet the left-back admitted he could have done more after winning his ninth cap - and first in 932 days -in Sunday's 2-0 win against Albania.

"I've a few massive regrets and I couldn't stop thinking of the mistakes that I made in the past, especially with England," the United left-back said. "I pulled out of a lot of camps.

"Around that time, I was maybe not in the best condition but I think over the last two years I've thought about it so much - that was my biggest regret. 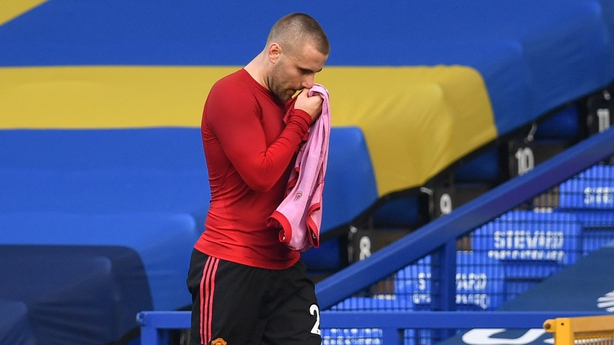 "And yeah, of course, letting Gareth (Southgate) down. I tried to keep in touch with him just to let him know that things had changed.

"He's said he's picked me on merit and how I've been performing.

"The past is the past and hopefully we've forgotten about that now and can just focus on the future and I want to keep impressing him."

Regret was something Shaw kept going back to when talking about his patchy international record, feeling guilty for the way he pulled out as well as doing so.

"It was just pulling out when I got to the camp," Shaw said. "Personally I massively regretted doing that.

"I think playing for your country is a massive privilege and an honour and I think at times I took advantage of that.

"I didn't really think about it too much but of course now I just want to forget the mistakes I've made in the past and Gareth's done that so we're just focusing on the future and obviously what's happening now.

"The past is the past. Let's just focus on what's happening today." 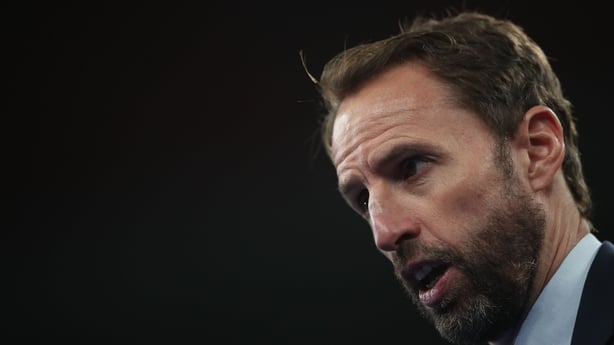 Southgate has long been an admirer of Shaw, who he named in his first squad as England Under-21s boss in 2013 and tipped to become the country's best left-back in the autumn despite overlooking him.

There were naturally a few discussions with his family about the fact his international chances perhaps may have passed, but the left-back never gave up and was delighted to tell his parents of his recall last Thursday.

United boss Ole Gunnar Solskjaer had told him about the news the week before but Shaw only told his partner as he focused on club matters and this chance to make the Euros - something that would surely have been out of reach last summer.

"I think the competition is brilliant, not just the ones in the camp now but of course over the whole of the Premier League," said Shaw, who has won back-to-back player of the month awards at United.

"You look at the full-backs that are English and they're all performing on a really high level, for example, obviously I know Matt Targett and he's having a very good season.

"Obviously Aaron Cresswell as well so you know there's not just the ones that involved and, of course, like Bukayo Saka was here and played wing-back last time and he's a brilliant player and really versatile.

"Then obviously Chilly (Ben Chilwell) - he's been brilliant and he played the other night and he was outstanding so the competition is really high and I think it's only good for Gareth.

"I enjoy competition, I think sometimes you need competition to press you on more so I think it's really healthy for the squad because you know there's competition all around and everyone wants to play so everyone has got to fight for that shirt."