Stephen Kenny put his faith in the 19-year-old after opting to drop Mark Travers following the 3-2 defeat to Serbia. The Manchester City goalkeeper, on loan at League One Rochdale this season, showed exactly why he was picked.

Composed with his passing, he also made a superb save on the stroke of half-time when Gerson Rodrigues produced a sublime lob. But when the same striker flashed his late shot towards goal, Bazunu was beaten.

Followed up his return to the starting XI in a new role on the right of a back three and retained all the same composure that has become his trademark.

Again, he covered in behind when necessary and tried to inject some urgency with a couple of bursts forward. Inspiring an attack into life should not be his role and all his experience will be needed to steady the ship after this defeat.

Marshalled the defence with Coleman by his right. Looked comfortable dealing with balls in the air for the most part and the hope will be that he doesn’t suffer a hangover from this grim defeat.

The West Brom youngster has a bright future ahead of him and while it might not seem like it now he is one cause for optimism. 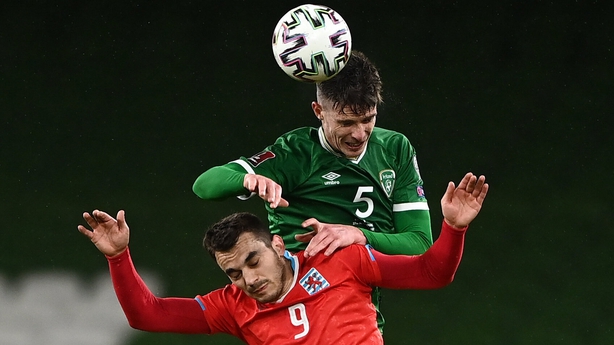 Gave away a couple of fouls but was not punished like he was against Serbia. Seemed to struggle with balls into the strikers and looked the most jittery on the ball.

Withdrawn in the second half as Ireland changed things up. Combined with his performance in Serbia he seems most likely to drop out of this side.

Replaced at half-time after appearing to tweak his hamstring. Played a prominent role in the best move of the first half but could not get into enough dangerous positions in attacking areas.

You would hope that the more he plays in this wing back role for Ireland he will begin to rediscover the kind of form that made him a standout player for Wolves.

Replaced Jayson Molumby in midfield and the Derby County captain provided just as much youthful exuberance. The 20-year-old covered ground both defensively and with forward runs.

His closing down continued after the break and when he robbed possession on the edge of the Luxembourg box it gifted Callum Robinson a decent chance. Another one who will hopefully progress to become a more accomplished all round operator.

Stretched for the breaking ball which he inadvertently teed up for Rodrigues as he smashed home the winning goal. Harsh to criticise him for that but it was a shame to see him unable to repeat the control of his performance in Serbia.

Couldn’t get Ireland moving quick enough and seemed overrun at times. Times when he needed to be quicker to make angles to receive the ball. 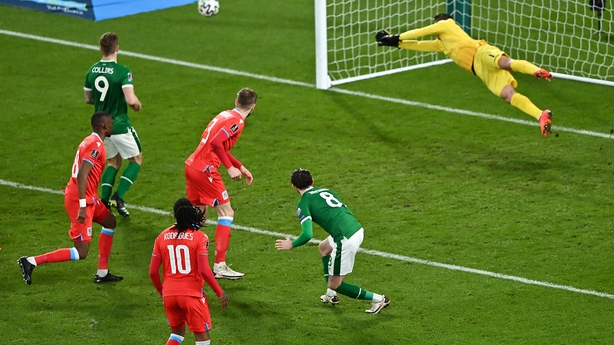 Missed the target with a free header from a Robbie Brady free-kick after the break. Moved to the right of midfield after having a central role in the opening 45 minutes. Loose with possession and a few attacks broke down as a result.

Tired after the exploits in Belgrade but this kind of inconsistency of performance will hamper his progress at this level.

The onus was on him to continue to provide a threat down the left but he was so sloppy in possession and seemed lethargic and lacking in confidence. He did make one foray into a central area as part of Ireland’s best attacking move but it was a rare moment of quality.

Has provided a constant spark with his energy in the final third. Whether it’s closing opponents down or simply making the right kind of runs he is always an outlet. He produced one cross for James Collins and fired another shot over the bar but that was really it from him. 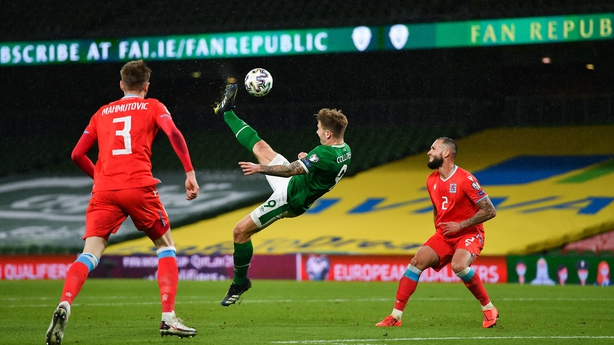 Grabbed a late consolation in Belgrade and perhaps showed what he can offer in terms of hold up and link up play with some clever touches.

But when the big chance of the first half came here he was unable to beat Anthony Moris at the near post with a close range finish after a clever Irish move. Workmanlike, as you would expect, and a flashed an overhead kick wide.

A couple of dangerous crosses into the box and some over-hit set pieces. Tried to make things happen in a central role but just didn’t have the vision or the quality to do so. The story of his international career since an impressive Euro 2016.

Unable to have any impact and couldn’t provide a spark.