Stephen O’Donnell’s side built on a positive display in the opening-day draw at champions Shamrock Rovers and the Saints just about deserved the three points for a dominant second-half performance.

Still, it appeared to be history repeated for the Athletic, who had let a second-half lead slip in Tallaght and looked to have done so again when Dinny Corcoran notched against the run of play.

Rónán Coughlan's first goal in red and white just before the hour looked to have Pats coasting but a mistake from Vitezslav Jaros handed Drogheda a route back into the game.

It was a match much-defined by the weather conditions, with a strong wind and intermittent showers making life difficult for both sets of players. 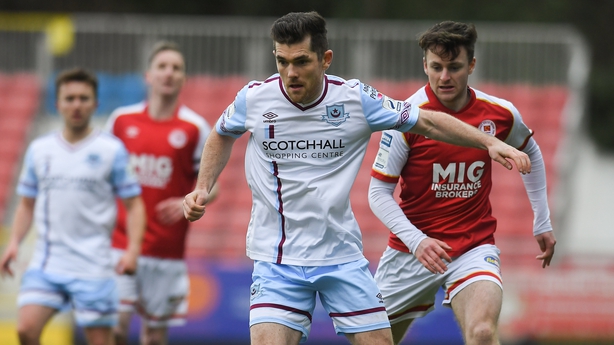 Saints settled into the game earliest and Chris Forrester tested Drogs keeper David Odumoso with an early shot, before Mark Doyle did likewise with Jaros at the other end.

With the wind at their backs in the second half, the home side took control and should have hit the front within two minutes of the restart.

Coughlan’s through-ball was deflected into the path of Robbie Benson, he spun his man and, with just Odumosu to beat from eight yards, the former Dundalk man thrashed at his effort.

The pattern was set, however, with Jay McClelland forcing Odumosu into a smart stop moments later before Matty Smith again drew a save with a rasping low shot.

FT: St Patrick's Athletic 2-1 Drogheda United
Billy King strikes at the death to give Stephen O'Donnell's side victory at home to Drogheda

The opening goal arrived at the end of another sustained period of Pats pressure, though Drogheda complained that the game wasn’t stopped as ex-Saint Darragh Markey was injured.

Pats played the whistle, however, and got their reward when McClelland whipped in an inviting low cross and Coughlan beat Dane Massey to stab home from close range.

Drogheda boss Tim Clancy introduced former Saint Dinny Corcoran for the final quarter and the prolific striker got off the mark for the season within two minutes of his introduction. 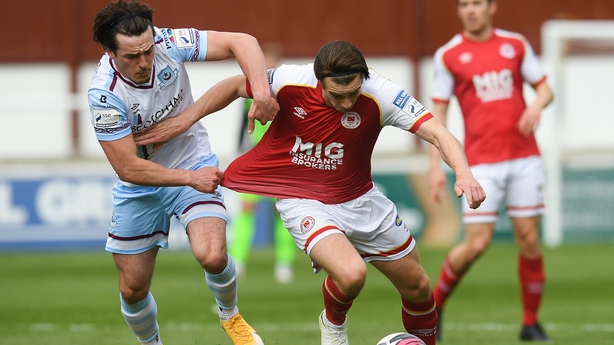 On-loan Liverpool goalkeeper Jaros dropped what looked a routine save from Mark Doyle and Corcoran’s fox-in-the-box instincts ensured he was alert to slide home the loose ball.

The concession seemed to shake the home side, who had been well on top until then, and they took time to work their way back into the game.

And they got their reward as the clock ticked towards 90, the two substitutes linking up as Darragh Burns picked out King at the back post to volley home a winner.