Serbia striker Aleksandar Mitrovic was pleased how his team fought back to defeat the Republic of Ireland 3-2 in the World Cup qualifier in Belgrade.

Mitrovic become his country's joint top scorer with a superb brace off the bench after Dusan Vlahovic cancelled out Alan Browne's header in the Group A clash.

The Fulham striker hasn't found the back of the net in the Premier League since September, but turned the match around with his double strike, a delightful lob followed by a trademark header.

Mitrovic conceded it was a patchy performance by Serbia, who failed to trouble Irish goalkeeper Mark Travers before Vlahovic's 40th-minute equaliser.

"We only had two days to prepare and anxiety was everywhere to be seen as we fell behind," he said. "It will take a bit of time to improve in some departments but the most important thing is that we won our opening qualifier.

"(Stojkovic) is very charismatic and he took no time to convince us that we should always take the game to the opposition and set the pace no matter who we're up against." 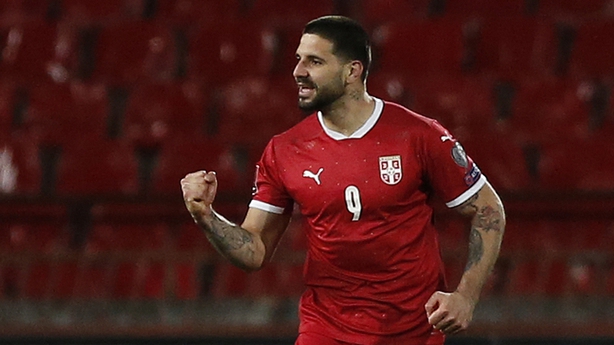 It was a difficult night for stand-in Irish keeper Travers who saw Mitrovic’s lob from 20 metres sail over his head to make it 2-1 to the home side.

Asked whether it was the most spectacular goal of his career, he said:

"Definitely, as I score mostly from inside the penalty area while this one was from long range," Mitrovic told Serbia's Sport Klub television.

"I reacted instinctively as I saw the keeper was out of position and I knew beforehand that Tadic's pass would be inch-perfect. Sometimes you have to take risks and this time it paid off." 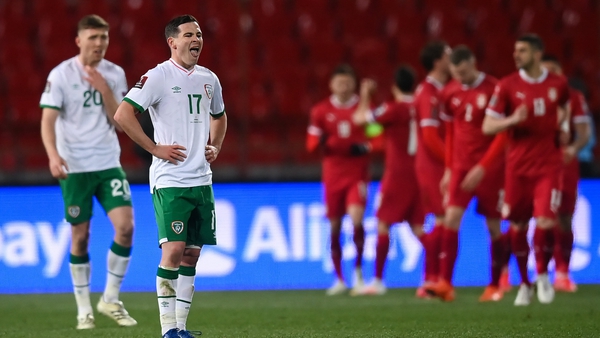