Mark Travers - 5
Hesitant on a couple of occasions in the first 45 minutes when balls were slipped in behind the defence. There was little he could do about Dusan Vlahovic's neat finish to equalise before the break.

He needed to respond to that setback after the interval but was made to pay for another positional error when substitute Aleksandr Mitrovic produced a sublime lob to catch the 21-year-old off his line. It was only a matter of a couple of yards but it made all the difference.

Seamus Coleman - 7
Recalled to the starting XI by Stephen Kenny and in a new role as part of a three-man central defence. Used his experience to cover in behind on a couple of occasions and slotted back in as if he had never been away.

As Serbia pushed in the second half his reading of danger looked as if it would pay dividends until Dusan Tadic and Mitrovic combined to devastating effect. Also got away with a penalty shout when he lost his footing and slid into Vlahovic.

Dara O’Shea - 6
For the first 40 minutes he looked assured, adding a positive dimension to Ireland’s play by making a couple of sharp passes into midfield to start attacks. But a brief lapse in concentration, reacting a split second too late to Dusan Tadic’s header was all striker Vlahovic needed to pounce.

Couldn’t get close enough to Mitrovic when he peeled off for the second goal but there didn’t seem to be much danger until he caught Travers out from distance.

Ciaran Clark - 6
The Newcastle centre-back has been blighted by injury over the last few years with various knee, ankle, thigh and calf problems meaning he has made less than a handful of international appearances since late 2017.

Here he found himself back in the heart of the Ireland defence, this time as part of a three. The left footer provided natural balance on that side but he will be disappointed that Mitrovic was able to peel off the back of him for the third goal.

Matt Doherty - 6
Sloppy in possession on a couple of occasions at the beginning but as the game wore on the Tottenham Hotspur man looked more and more at ease. It was from right wing-back that he rose to prominence at Wolverhampton Wanderers and he created one dangerous moment in the second half when he flashed a ball across the face of goal.

Looks to be more of an attacking threat in this formation and can definitely play in the same side as Coleman.

Josh Cullen - 7
On the night of his first competitive start for Ireland, the 24-year-old midfielder set somewhat of a marker for himself in the middle of the pitch. Comfortable in possession and capable of using the ball positively, this was a promising indication that he could be a key figure over the course of the campaign.

A move to Anderlecht has gone well and if he continues to provide a base from which Ireland can play through things could go from strength to strength.

Withdrawn on the hour mark which was hardly a surprise given he was a constant nuisance in the midfield. On loan at Preston North End in the English Championship, the Waterford native has played a little over 90 minutes of action since February 20.

The dynamic with Cullen and Alan Browne in midfield seemed to work for the most part but the decision to take him off seemed the right one as he began to lose his spark.

Alan Browne - 8
Scored a fine header to end Ireland’s seven-game goalless streak and it came at the end of a move in which he drove forward from his own half and also played a sublime outside of the boot pass.

Growing in importance and if he continues to provide this kind of goal threat he will soon become a pivotal fixture in the starting XI. Admitted he was "dead on his feet" when he was subbed 11 minutes from time.

Enda Stevens - 6
Got forward to support the attack which led to Ireland’s opening goal, a feature which should become more common when he has the licence to make such breaks. A back three allows more freedom for him and, like Doherty, that should bring the best out of him in a green jersey.

Callum Robinson - 6
Picked Browne out with a cross dug out on his weaker left foot. Not quite on the same wavelength as his striking partner Aaron Connolly but he provided a badly needed outlet by showing to feet and picking up the odd breaking ball. Led the line defensively with his work ethic and while not a regular at club level he is a key figure for Kenny.

Aaron Connolly - 5 Seemed convinced he should have had a second half penalty when he went down under the challenge of Stefan Mitrovic. That could have been a game changer with the scores level at the time. He seems adept at winning fouls in certain situations but Ireland were unable to make the most of his pace in behind.

There were times when Connolly didn’t make the right runs into the channels to help his cause and an attempt at a backheel flick from Doherty’s cross didn’t pay off.

Jeff Hendrick for Molumby (60) - 5
Couldn’t quite provide the solidity required in midfield after his introduction. For so long been a constant in a green jersey but on the evidence of this he will have his work cut out to become a pillar of Kenny’s starting XI. 5

Shane Long for Connolly (67) - 6
Chased a lost cause to force the error that led to James Collins’ consolation. Now in the veteran stage of his career such impacts now seem like the height of what should be expected from him. 6

James McClean for Robinson (79) - 5
Not really enough time to make an impact but the minutes in the legs will help his recovery from injury.

Robbie Brady for Clark (79) - 5
Prodded the ball forward in the build up to Collins’ late goal but, like Hendrick, now finds himself in a battle to regain a starting berth.

James Collins for Browne (79) - 6
Got in where it mattered to get his goal and if he can keep having such an impact off the bench he could be a crucial weapon. 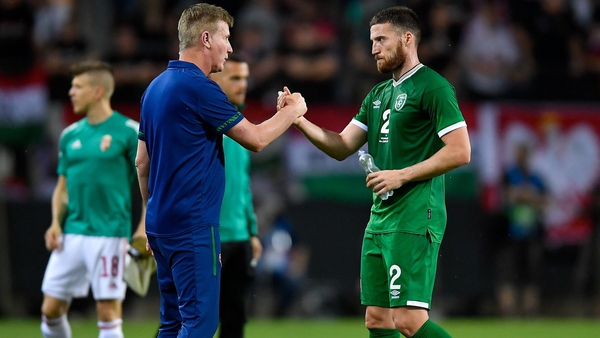 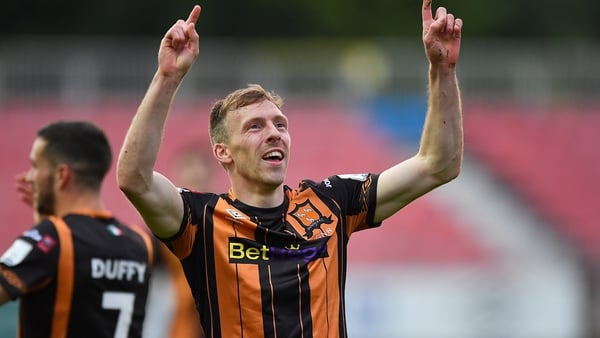 Dundalk bounce back to sink Saints 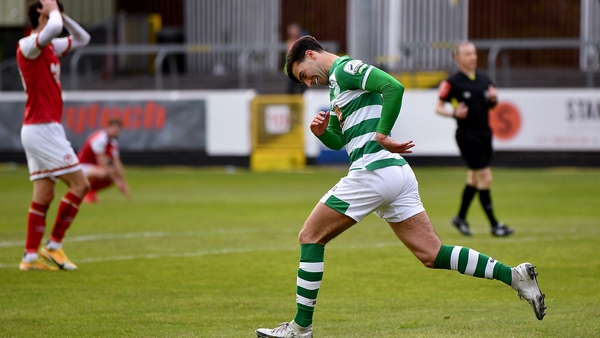 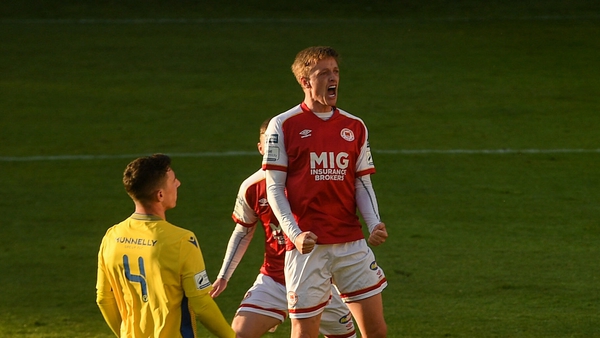 Forrester re-emerging as a star after toughest battle 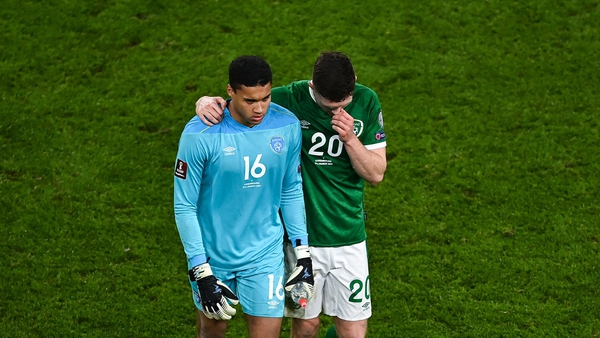