The Louth side are close to finalising a deal for the 22-year-old right winger who has been capped at both U-18 and U-22 level for his country.

He is a free agent having departed Suwon FC in January after helping them to promotion to the top flight after a runner-up finish in K League 2 last season.

Han trained with the Lilywhites on Wednesday and team manager Shane Keegan confirmed that the club were hopeful of securing a work permit for him in time for him to make the squad for the Harps game on Friday.

He said: "I think it's fairly open at this stage, there is hardly any point hiding it, that Han is very nearly a done deal.

"I think it’s cross the 'T’s and dot the ‘I’s at this stage. Whether those crossing and dottings are done in time for Friday night, I’m not sure.

"It is our aim to try and have the whole thing done and dusted, and have him available for Friday night but we’ll see how the paperwork goes over the next 48 hours."

Over the winter Dundalk had agreed terms with Han's countryman Han Eui-gwon to move from K League side Suwon Samsung Bluewings but failure to secure a work permit having been just one appearance shy of the quota required scuppered a move for the 26-year-old who has since signed for Seoul E-Land in his homeland.

Speaking in January the club's sporting director Jim Magilton had highlighted how the club wanted to expand their brand in Asia.

"We're looking to expose and expand the brand as far as possible but he's also a good player," he said of Eui-gwon.

"If we can attract players from that part of the world it means that the Dundalk FC brand gets more exposure, the league gets more exposure and it could then open opportunities for other players to come into the league and we know that Korean players bring a fantastic attitude and work ethic and they're top, top people," said Magilton.

Meanwhile, Dundalk have been dealt a blow with the news that centre-half Sonni Nattestad will miss the forthcoming league matches against Shamrock Rovers in Tallaght Stadium on 2 April and at home to Bohemians on April 9th following his red card in the President's Cup win over the Hoops earlier this month. 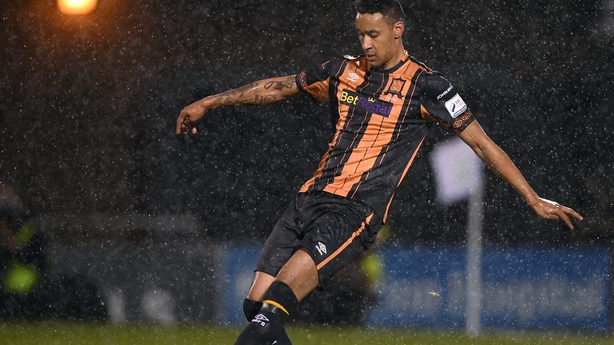 Last season's FAI Cup winners were left perplexed last week when they learned they were unable to get Friday's game against Finn Harps called off due to Nattestad and Raivis Jurkovskis being on international duty for the Faroe Islands and Latvia as the two-player rule only applied to international call-ups for players who were representing the Republic of Ireland and Northern Ireland.

Keegan said it was now equally frustrating that Nattestad - who will be in action in World Cup qualifiers against Moldova, Austria and Scotland this week - would miss the Bohemians match as the first part of his two-game ban did not apply when he was away.

Keegan said: "The initial communication from the FAI was that it would be an automatic suspension for the next game.

"We were then told halfway through the week that that wasn’t the case and that there wouldn’t be a disciplinary hearing until the Thursday and no suspensions could be dished out until then. We got the word Thursday night that he was getting two games - he was free for the Sligo game, he was getting two games and the Finn Harps game couldn’t be used as one of the two.