Stephen Kenny named four goalkeepers, with an average age of 21, in the squad to begin the World Cup qualifying campaign; it is fair to say the future of Irish shot stopping is in safe hands.

And as assuring as that may be for upcoming campaigns, injury to Darren Randolph means that Ireland will have a different keeper in goal for Wednesday night’s vital game against Serbia in Belgrade for the first time in three years' worth of competitive fixtures.

Amidst all the trials and tribulations of the manager’s first three months of action, the last thing he probably thought would concern him would be the availability of an experienced goalkeeper to start the World Cup campaign.

Even with the news that Randolph was going to miss out, Kenny hoped that Caoimhin Kelleher would be able to step into his shoes for the opening game.

The Liverpool keeper has been involved with the senior squad but has yet to make his debut with the national team, however, his experience at the Anfield club this season in the Champions League, and more importantly, his performances, would have eased any issues of starting against Serbia.

Four keepers were named as there was a question mark over Kelleher’s fitness, and the news arrived on Sunday that the Corkonian was out of contention. 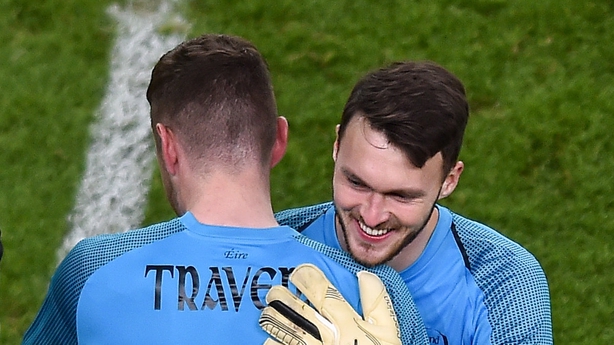 Travers had a brief spell at Shamrock Rovers before signing for Bournemouth five years ago as a 17-year-old and went out on loan to Weymouth during the 2017-18 season.

The Maynooth man then broke into the Bournemouth side in 2019 in what became a most memorable Premier League debut, as the 19-year-old kept an attack-minded Tottenham scoreless, while picking up the man of the match award.

Now playing in the Championship, Bournemouth recalled Travers from a loan spell at Swindon in February, however, he is currently second choice behind the experienced Asmir Begovic.

Kieran O’Hara appeared to be the next big thing in Irish goalkeeping as he was making great progress with Manchester United, even travelling with the first team squad in the Europa League during Jose Mourinho’s tenure in 2017.

Loan moves aplenty, O’Hara would prove himself at Macclesfield in League 2 and then at Burton Albion in League 1 before being released from Old Trafford last summer.

Now full-time on the books of Burton, O’Hara is currently behind Ben Garratt in the pecking order and spent Saturday’s 2-1 defeat to MK Dons on the bench.

Travers and O’Hara have a mirror-image international record with the senior team as they both started one game each against Bulgaria and New Zealand, as well as replacing each other off the bench in the respective matches.

The latest Under-21 goalkeeping graduate is another former Shamrock Rovers man, Gavin Bazunu, who made a real name for himself making his debut for the Hoops as a 16-year-old, before keeping four clean sheets in a row and playing in a Europa League encounter for the Dublin side against Sweden’s AIK.

Bazunu signed for Manchester City soon after and has made his way into the matchday squad in the Champions League for Pep Guardiola’s side, before moving on loan to Rochdale in League 1.

The teenage keeper has hit the ground running at the Greater Manchester club and almost immediately  cemented the number one jersey, earning the accolades from the home support, who named him player of the month in February.

Bazunu’s strengths are his shot-stopping skills as well as his composure on the ball, being quite comfortable working play out from the back. Confidence is in abundance for one so young and the Dubliner looks to have a huge career ahead of him.

The manager did go in search of experience, by contacting Keiren Westwood to check on the Sheffield Wednesday keeper’s availability.

Westwood has had an interesting international career, making it to both Euro 2012 and 2016 yet never really getting his chance to hold onto the jersey.

The natural successor to Shay Given, Westwood’s club career hampered his chances under Giovanni Trapattoni, while he has also had his share of injuries throughout his time at his current Yorkshire club.

Having played two consecutive games last week, Kenny made the call, however, Westwood told the Ireland manager that he was not training and was only 60% fit and therefore unavailable for these games.

The player’s response may have raised some eyebrows as the squad was announced last week, yet Westwood did not play at the weekend, which essentially verifies his injured status. 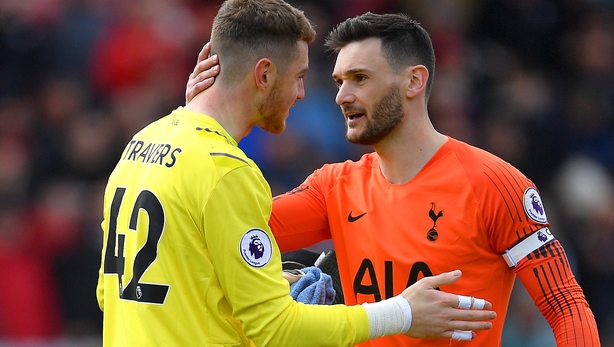 Kenny then took the unusual step by announcing that Travers was the "next man in" should Kelleher fail to make it to the Ireland training camp.

Travers, of course, has Premier League experience at Bournemouth, yet it really is a big ask to come into such a vital game as Serbia away and perform to your optimum for your country, especially with no recent club activity to bolster confidence.

The keeper is also coming into a team where the defence looks far from the solid unit that was in place for the last few years, as John Egan is out injured, while it is unsure which partnership the manager will place in the heart of the back four, or even five.

Travers, of course, will relish the opportunity to come in and make an impression, which would not only push him up the ranking on the international scene, but send signals back to his club that he is deserving of more first-team chances.

The downside, of course, is that if things go wrong in Belgrade, he could find himself lacking a second chance against the much easier encounter – on paper at least – against Luxembourg on Saturday.

Travers enjoyed a bit of good fortune early on in that man of the match display against Tottenham on his Premier League debut when he was almost lobbed from the halfway line, and no doubt, he will be hoping for more of the same in Serbia.