Drogheda United began life back in the SSE Airtricity League Premier Division with a 1-0 win on Friday evening, courtesy of a last minute own goal which denied Kevin Sheedy a point on his debut as Waterford FC boss.

Welsh defender Cameron Evans stretched to cut out James Brown's low delivery from the right, only to see his attempted clearance end up in the corner of his own net.

It was just reward for Drogheda who had been the superior side throughout against an inexperienced Waterford team who had acquitted themselves well and may have thought they were destined for an opening night draw.

The trip to Head In the Game Park represented Kevin Sheedy's first game as a full-time manager, at the age of 61. The ex-Republic of Ireland midfielder has previously worked as a youth coach at Everton and most recently in Saudi Arabia.

Sheedy was joined on the touchline by his assistant Mike Newell, a one-time Premier League winner with Blackburn Rovers. Veterans Daryl and Brian Murphy bring the outfield experience in an otherwise young Blues squad.

The former Ireland striker started on the bench but his goalkeeper namesake was not afforded a chance to ease into the new season. He was busy early on as Drogheda built a number of attacks down the right hand side. James Brown made an incisive run and cut inside before firing a shot straight at the goalkeeper.

Darragh Markey then fired straight at Murphy before Waterford began to create opportunities of their own. Jack Stafford’s shot was easy for David Odumuso.

Waterford failed to capitalise on a series of set piece opportunities too, with Oscar Brennan, Kyle Ferguson nor Cameron Evans testing the goalkeeper.

The season opener was the first meeting of Drogheda and Waterford in the Premier Division since 2007, when United were crowned champions. There has been much water under the bridges on the Boyne and the Suir since then.

Markey, who had scored just three league goals since making his debut for St Pats, looked the man most likely to break the deadlock after half time. He shot wide from a central position before Ronan Murray’s effort was deflected his way. Markey’s shot cannoned off the post, while Evans blocked superbly from Doyle.

Tim Clancy’s team looked more capable of creating an opening but Waterford were resolute. That was all the more impressive considering their outfield players averaged just 21-years-old.

Chris Lyons came close to latching onto a Hyland pass with the goal gaping. He was replaced by debutant Dinny Corcoran as the home team chased a winner. At the other end, Ketlego Mashigo’s shot from the edge of the area was blocked.

Newell got a taste of League of Ireland officiating for the first time when he was sent from the dugout late on by referee Graham Kelly, after a verbal altercation with Gary Deegan.

Cardiff City loanee James Waite’s free kick was just off target as Waterford improved late on. But Evans’ unfortunate own goal decided the match as the clock ticked down. 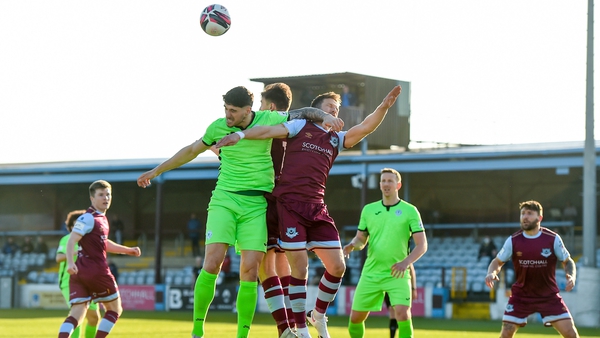 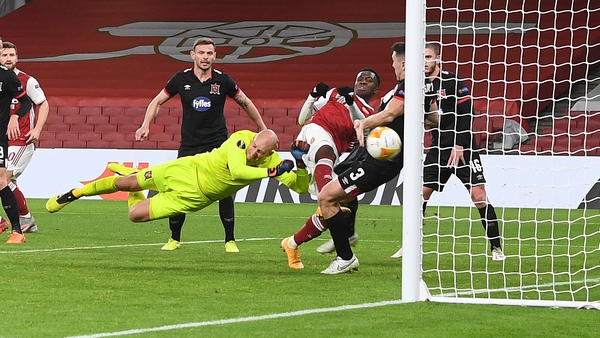 Dundalk beaten but unbowed after trip to Arsenal 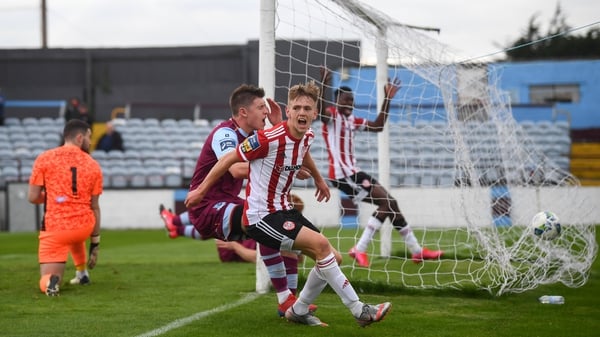