St Patrick's Athletic defender Paddy Barrett is not a man who’s frightened to take a jump into the unknown.

A two-time League of Ireland Premier Division winner with Dundalk, Barrett has been open to whatever opportunities come his way through soccer and so, last year he ended up plying his trade in Cambodia.

Three seasons playing in the USL Championship in America came to an end when Covid-19 hit and so when Irishman Conor Nestor offered him a chance to join Preah Khan Reach Svay Rieng in the Cambodian C-League, he took the chance.

While a combination of a strict Covid-19 quarantine over Christmas and a severe case of culture shock eventually meant that the move didn’t work out for Barrett, it’s not an experience he regrets.

"It was a quick stint for me, maybe just two months I was over there," he said.

"Numerous things just weren’t for me over there, it was tough on the eye to see so much poverty, I didn’t expect it. Obviously it’s a third-world country so I probably should have expected it.

"This career is short so there’s no point in dwelling on it and hoping things get better so I just decided it wasn’t for me at that time. I wanted to come back home and am delighted to be back here."

Barrett is a talker on the pitch and a natural leader but the language barrier between him and his team-mates meant that he was never able to develop or utilise that side of his game while in Cambodia.

"It was difficult for me because 95% of the team had no English and couldn’t understand with me," he revealed. "I had to learn the basics of the Khmer language; 'go, stop, wait’ just to communicate.

"It didn’t play to my advantage because I like to lead, I like to use my mouth on the field and help others. For me it was difficult, that side of it.

"I think the team that I was with will hopefully go on to win that league. It is a good league as there is some top quality talent there." 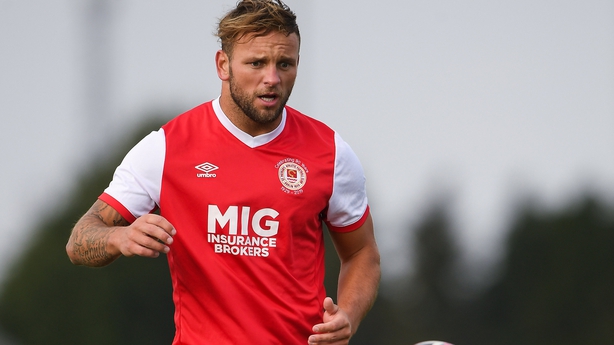 With his wanderlust satisfied for now, Barrett is now back on familiar ground in the Premier Division, and links up again with manager Stephen O’Donnell, who captained Dundalk during the defender’s time there.

While Barrett insists that the club have ambitions of lifting silverware, he admits that the more immediate aim is improvement on last season and tightening things up at the back – starting against champions Shamrock Rovers on Friday.

"I know a of a couple of results, like away to Waterford where we were down to a couple of goals early on in the game, we don’t want that to happen this year.

"The first step is to improve from last year both on the field and off the field and already, even though I’m only in the door I feel like it’s something we can do.

"After that hopefully we can climb the table and our overall aim is to go and win trophies, whether that be the league or the cup.

"Every competition we’re, we want to compete in and we want to win everything."