Troy Parrott fired him his first goal for Ipswich Town to help move them above Portsmouth and into the League One play-off places with a 1-0 victory over Plymouth.

The Republic of Ireland attacker, on loan from Tottenham, struck what proved to be the winner in the fourth minute, rounding the keeper Mike Cooper and slotting home following a defensive error.

Alan Judge was also part of the Tractor Boys lineup, while Corkman Aaron Drinan replaced Parrott in the second half. 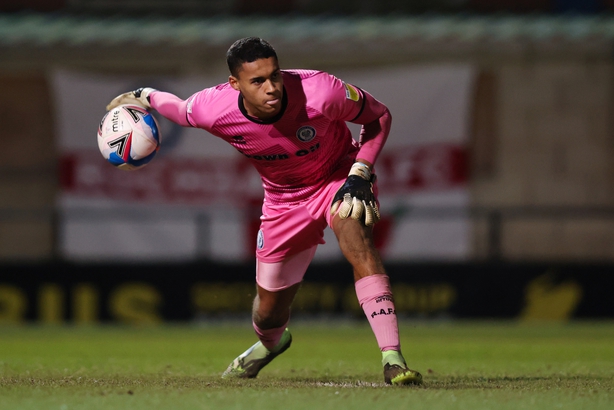 Elsewhere Hull extended their lead at the top to six points with a 2-0 home victory over Oxford, a fifth straight win that put them seven points clear of third-placed Lincoln, who were upset 2-1 at home by Brian Barry-Murphy's Rochdale.

Dale started the day in bottom place but Oliver Rathbone and Stephen Humphreys were on target as a first win in 10 games moved them up two places and to within two points of safety.

Gavin Bazunu excelled again for Rochdale, enhancing his already strong prospects of being named in Stephen Kenny's Ireland squad for the looming World Cup qualifiers against Serbia and Luxembourg.

Darren Randolph has been ruled out for Ireland with an injury while Liverpool's Caoimhin Kelleher has been out of action recently with a stomach problem. He's due to return to training in the next week.