Aaron Connolly and Adam Idah are both in a race against time to be fit for Ireland's upcoming World Cup qualifying games against Serbia and Luxembourg.

Brighton striker Connolly is recovering from a cracked rib, while Norwich striker Idah must see a specialist on Monday regarding a hernia issue.

Connolly's rib injury has most likely ruled him out of club contention until "after the international break".

Brighton boss Graham Potter ruled the Galway native out of his side's upcoming league games, against Southampton on Sunday, followed by the home clash with Newcastle on Saturday, 20 March.

Ireland's opening game of the World Cup qualifying campaign begins just four days later when Stephen Kenny's side travel to Serbia, which suggests that Connolly is unlikely to be on the plane for that fixture.

"Aaron Connolly has got a cracked rib, but he is making good progress," said Brighton manager Potter, speaking at Friday's pre-match press conference.

"But he will probably not be back until after the international break. It is sore at the moment and there is not much we can do at the moment." 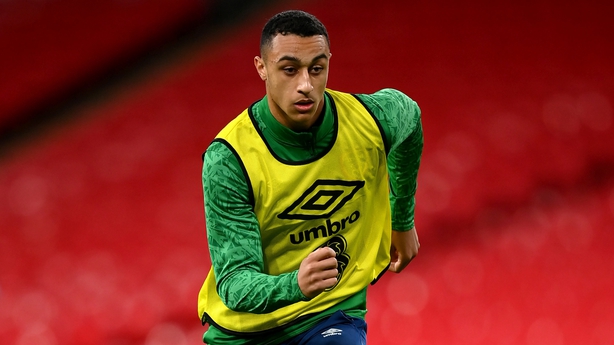 Adam Idah is also a concern for the Ireland manager as the striker was ruled out of Norwich's upcoming game against Sheffield Wednesday.

The Cork native is set to see a specialist on Monday regarding a hernia issue, and manager Daniel Farke is concerned that the forward will need surgery.

Should that be the case, Idah would most likely be ruled out of this month's international window.

"Adam Idah is out," said Farke. "Hernia. Needs to see a specialist on Monday. A little fear he needs a surgery."

The striker concerns adds to the manager's selection headache ahead of the trip to Belgrade, as Kenny confirmed on Thursday that goalkeeper Darren Randolph will miss the game due to a hip injury.