Edinson Cavani says he is proud to wear the Manchester United shirt after his father had suggested the striker could be set to quit the club and move back to South America to be closer to his family.

The 34-year-old joined the Red Devils on a free transfer last summer and has hit seven goals in 25 appearances across all competitions so far this season.

Cavani originally signed a 12-month deal at Old Trafford, with the option to extend the agreement by a further year.

But there are now suggestions the Uruguay international is ready to reject an additional season with United, with his father Luis claiming Cavani does "not feel comfortable".

"There is a 60% chance that Edinson will come to South America," Luis Cavani told the TyC Sports network.

"We are very anxious. We have always been to visit him, he has been in very beautiful places where people have received him very well. 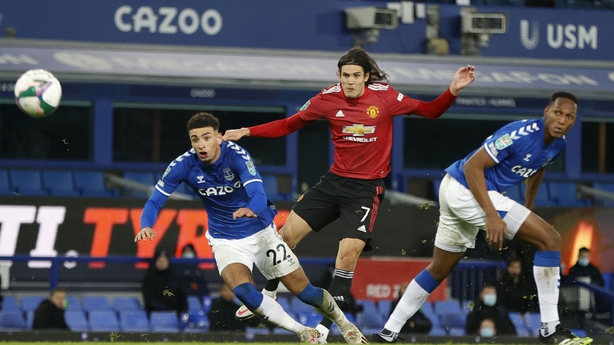 "He has made himself loved, he has made many friends, but today he does not feel comfortable where he is.

"He has been thinking for more than two years that he wants to be closer to his family and that is the reason why I think Edi is going to end up playing for a team from here in South America."

However, Cavani uploaded a photo to his Instagram on Tuesday night along with the caption "Proud to wear this shirt @ManUtd."

Cavani's father went on to suggest a move to Argentinian outfit Boca Juniors could be on the cards in the future.

"I would like him to go to play for a team that has a chance of winning something," he added.

"We have spoken with Edinson and he always leans towards Boca because he had many conversations with (Juan) Riquelme.

"I know that he would like to play and be close to his country, so that we could be closer to him."