The Ibrox boss has made himself a hero to the blue side of Glasgow after leading Gers to their first title in a decade.

But there are concerns among the Light Blue legions that the former Reds player may soon be heading back to rejoin his first love on Merseyside.

It follows reports that Anfield chiefs are lining up a move for their Champions League-winning captain amid speculation current boss Jurgen Klopp is set to replace Joachim Low as Germany coach.

But King – the man who hired Gerrard back in 2018 – not only expects to see him spearheading Rangers’ assault on the Champions League next season, but to also see out an Ibrox contract that runs to 2024.

He said: "I think there’s a 0% chance of Steven going to Liverpool in the near future.

"I say that for two reasons. Liverpool as a club don’t abandon their managers very easily.

"Klopp has done a fantastic job, they’ve had a difficult season, but he is still a great manager and I think he’ll still be there next season, continuing to be successful.

"Secondly, Steven is not the type of man to break a contract. Steven extended his contract with Rangers full in the knowledge that it would require winning a title and then defending a title. 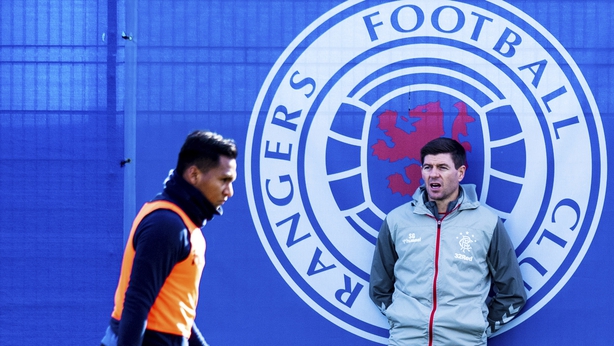 "Getting into the Champions League was another obvious target.

"From Steven’s point of view spending the next few years at Rangers is going to be good for him, his career and, of course, it will be good for Rangers.

"A move to Liverpool is somewhere down the road and why would Steven want to go to another club?

"He loves the club, the supporters love him and he has the full support and backing of the board.

"He has a big task ahead of him, defending the league title will be important.

"It’s important the fans enjoy this moment because it’s been a long time coming, but next season will come around quickly."