Finn Harps have signed striker Tunde Owolabi, a free agent with a strong record for scoring goals at non-league level in England.

The 25-year-old is hoping to rediscover the form that saw him score 35 goals in 41 appearances for FC United of Manchester in the 2019/20 season.

Owolabi has enjoyed his first few days in Ballybofey.

He said: "The team has been super welcoming and have supported me coming into a new environment. I really appreciate the players and staff of the club for all they’ve done.

"I like to score goals and hopefully I can get back to the level I was at last year. I work hard, I’m fast, I like to run in behind and stretch the play to create space for my team-mates. It’s about trying to help the team win games and seeing what we can do this season."

Ollie Horgan is pleased at landing the striker he craved in this off-season:

"Tunde is a great lad. He gives us another option at the top end of the pitch which is good. He comes with a bit of experience at a good level of football so hopefully he settles in well with us."

"The backing we’ve had from the supporters has been magnificent so far. The likes of the 500 Club definitely helps us to be able to look at options like this. It’s a credit to the people who put their hand in their pocket to support things like that. We need every one of them." 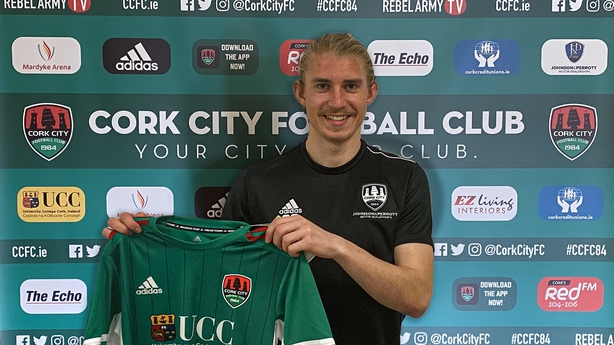 The Finnish Under-21 international joins Cork after spending two years in his native land, playing last season with FC Haka.

He said: "I'm really pleased to be joining the club, and looking forward to getting started. I spoke to Colin Healy a couple of weeks ago and he explained his plans for the club for me. I’m really excited about the coming season and can’t wait to get into training with my team-mates."